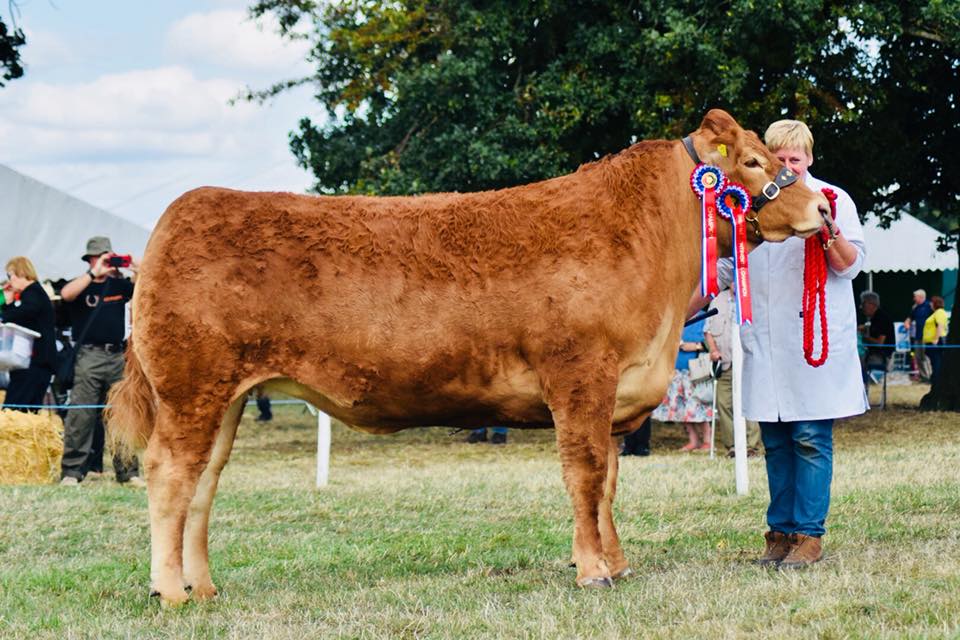 Placing her into top spot was Judge Mr S R Smith of the Grange Limousin herd in Northamptonshire. In praising his champion Mr Smith said “Macaroon has some growth and length. A super stylish heifer, she walks well and has a good pelvis on her”. She then went onto take the Interbreed Overall Continental Championship under the watchful eye of Judge Mr P Walker from the West Midlands.

Mr Smith placed another Dinmore bred female as Reserve Overall Limousin Champion. This time in the shape of the March 2013 born Dinmore Istria who had her seven-month old Ironstone Fullmonty heifer calf at foot. Istria was exhibited by the Dickens family who run the Parkhill Limousin herd at Little Horwood, Milton Keynes, Bucks.

Under the glorious sunshine and in front of a sizeable crowd, the Limousin team took Reserve in the Interbreed Beef Group Championship before Judge Mr P Walker. 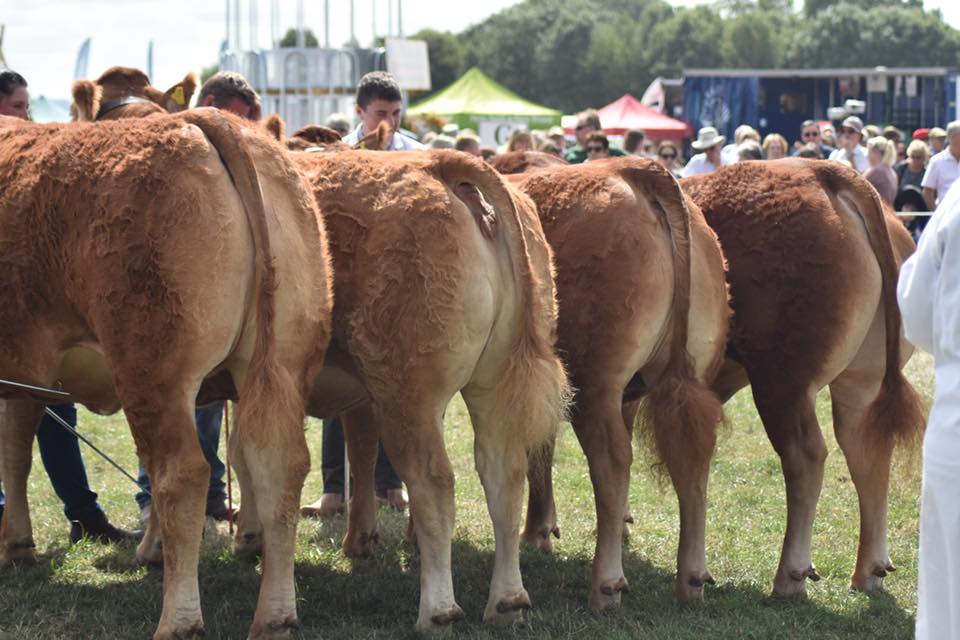 As usual the commercial judging featured a healthy cohort of Limousin genetics. Taking the Male Champion position and then the Supreme Commercial Beef Championship was the Limousin cross Googlebox from Mr Frank Page, Elkington, Northants. Home-bred, the May 2017 born lightweight steer is by the Wilodge Vantastic son Heathmount Frenchconnection, himself bred by the McKinney Brothers of Maghera, Co Derry.