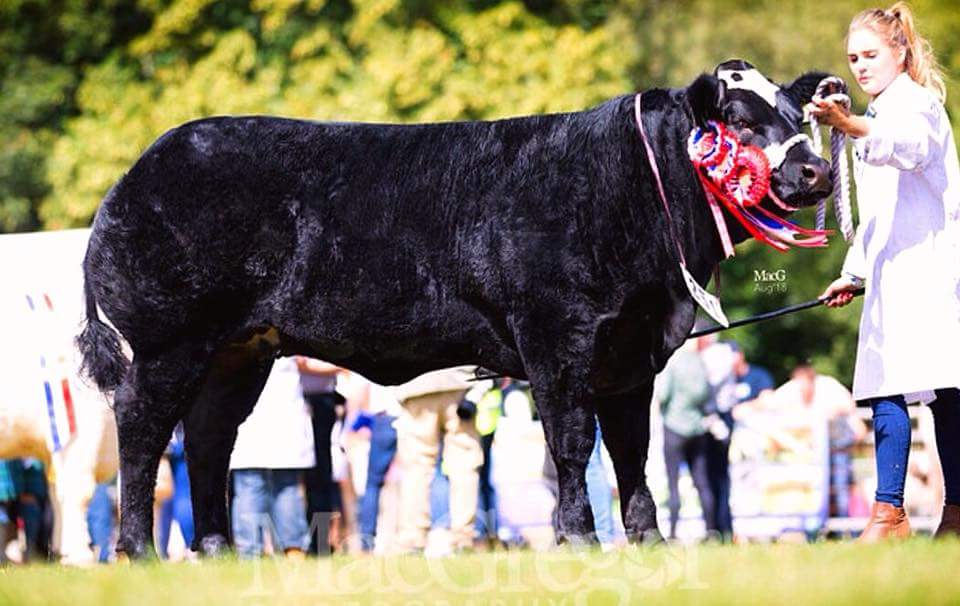 Young Limousin Breeder William Moir, 20, of Fraserburg, Scotland has had a phenomenal show season over the summer with his heifer Magic Mojo.

William, a keen enthusiast in the industry has been a regular on the commercial show circuit for many years and this year was no different. His love of showing and desire to win is what was at the forefront of his mind when he purchase Magic Mojo at just four month old from Jack Smyth. He obviously has an eye for quality, as this heifer, now 14 months of age has been bringing home the red, white and blue ribbons time and time again. Magic is out of a Wilodge Tonka cow and has been tapped out Champion at Turiff and Grantown shows, as well as being the best British Blue sired commercial at the RHS and winning the commercial section Champion of Champions at Keith show. William intends to continue showing Magic Mojo at the winter shows where he hopes that she can follow in her full sister’s footsteps, Mini Mojo, and pick up a few red tickets for him.

Notwithstanding his love of commercial cattle William has recently extended his interest into pedigree stock. He has formed the Cairness Limousin herd having purchased 50 pedigree cows from breeder Albert Howie of Peterhead, Aberdeenshire. While running a herd of 150 mainly Limousin cross cows William felt that he couldn’t pass up the opportunity to buy the spring calving section of the Knock herd when it came available. William intends to keep their pedigree status and breed bulls to suit both the pedigree and commercial markets. With a keen eye on the future, William intends   to keep on increasing his cow numbers.

William, who joined the YLBC around two years ago now and says “he has never looked back”, regularly takes part in the stock judging competitions and greatly enjoyed being a part of the YLBC trip to Balmoral show this year.

He said “YLBC has let me make many friends and connections within the breed; it has been exceptional so far having some great laughs with new friends”

YLBC Chair Stephanie Dick said “It is absolutely brilliant to see someone as young as William with such ambition; he is a credit to the Club and the breed. I wish him all the best in the future with his new herd”