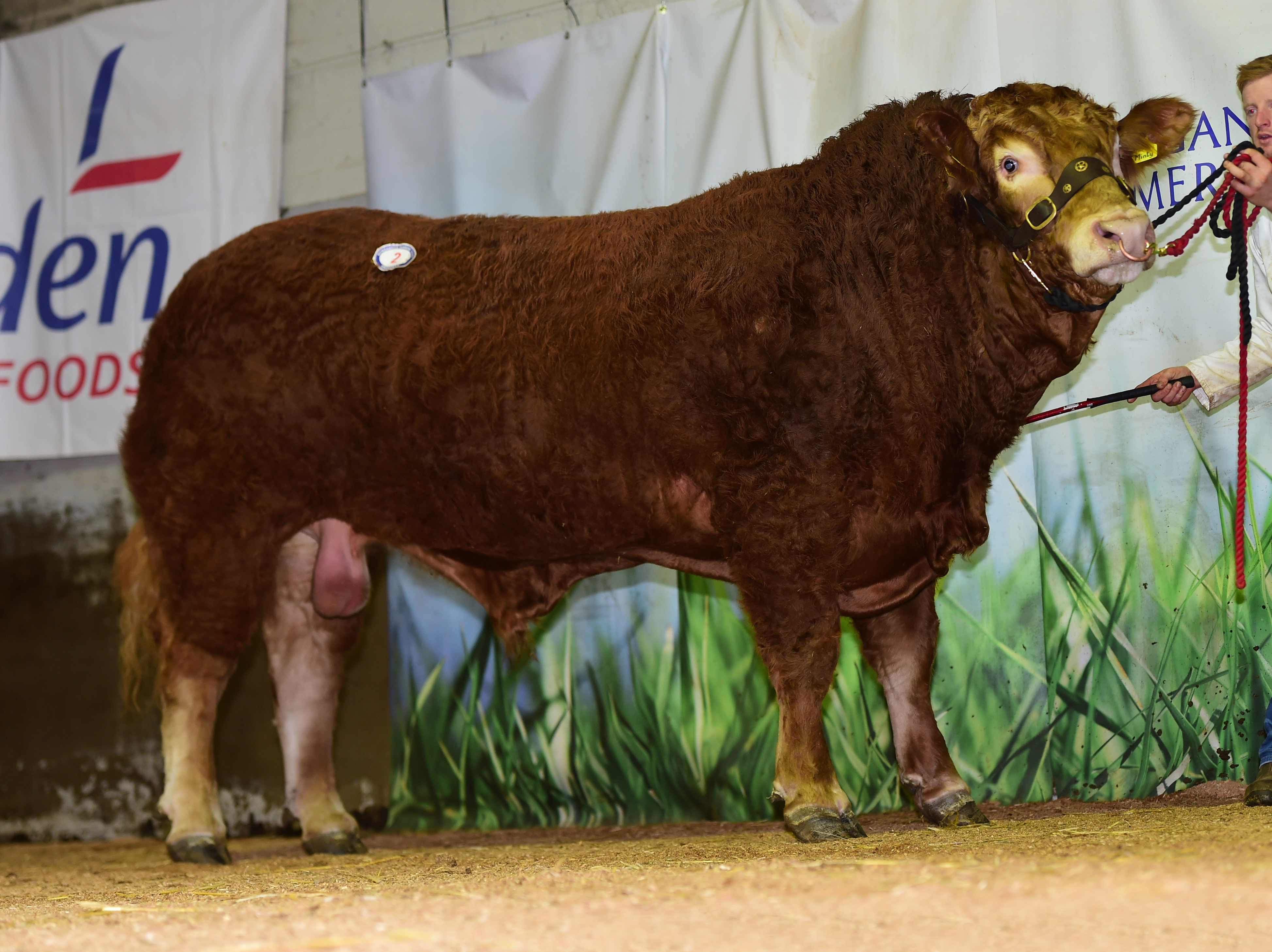 First through the sales ring, and the top priced bull of the day at 3500gns, was Droit Minty from Richard J Mowbray, Newtownstewart, Co Tyrone. A November 2016 born embryo calf, Monty is by Ampertaine Gigolo and out of the Larkhill Firmount daughter Haltcliffe Harriot. He was knocked down to R M Sterritt, Newry, Co Down.

At the pre-sale show Mrs Leanne Workman, Larne gave the Overall Champion, Male Champion and Intermediate Champion prizes to the homebred Derriaghy Noddy, from D G Green & Sons, Lisburn, Co Antrim. This April 2017 born son of Norman Ely and out of the dam Derriaghy Hermonie sold for 3,200gns to Oliver Cairns, Ballygawley, Co Tyrone.  Derriaghy Noddy was Reserve Male Champion at Balmoral Show in 2018 and with strong performance figures is in the top 10% for both calving ease and muscle.

Also selling for 2,900 gns was Aghadolgan Noble bred by R A G Savage, Drumahoe, Co Londonderry. This April 2017 born bull is by Hartlaw Excaliber and out of the dam Aghadolgan Fesmerela. Noble heads to a new home with Thomas Rafferty, Cappagh, Co Tyrone.

Standing second in his class Fairgreen Nipper was the third bull to sell at the 2,900 gns mark. This July 2017 born bull is by Lowerffrydd Empire and out of the dam Fairgreen Juliet. Nipper was bred by Thomas and Christopher O’Reilly from Keady, Co Armagh and was purchased at the sale by Harold Turner, Aughnacloy, Co Tyrone.

Reserve Female Champion Hillviewfarm Nicky sold for the day’s second top price of 3,300 gns. Bred by L A Richardson, Maguiresbridge, Co Fermanagh, this September 2017 born female is by the famous AI sire Ronick Hawk and out of the dam Newtown Harmony. Nicky was purchased by James McGarrigle, Irvinestown, Co Fermanagh.

Achieving 2,500gns was Derriaghy Otopia, a January 2018 born female from D G Green & Sons, Lisburn, Co Antrim. Otopia is by Ampertaine Gigolo and out of the dam Derriaghy Hitopia, a Wilodge Tonka daughter. She was purchased by Samuel Murphy, Waringstown, Co Armagh.

Fedneyhouse Nanette bred by T J Adams, Banbridge, Co Down sold for 2,000gns. A March 2017 born female by Aghadolgan Illustrator and out of the dam Fedneyhouse Laura, Nanette was scanned in calf to Haltcliffe Underwriter. She was purchased by William Lucan, Armagh, Co Armagh.

The N.I. Limousin Cattle Club would like to thank Leanne Workman, Larne for talking the time out from her busy schedule to judge the pre-sale show. First time exhibitors at Agri Expo in 2017, the Workman family were overjoyed to take home the Supreme Champion title with Bexy Boo, a July 2016 born female by the renowned Limousin bull Wilodge Vantastic. 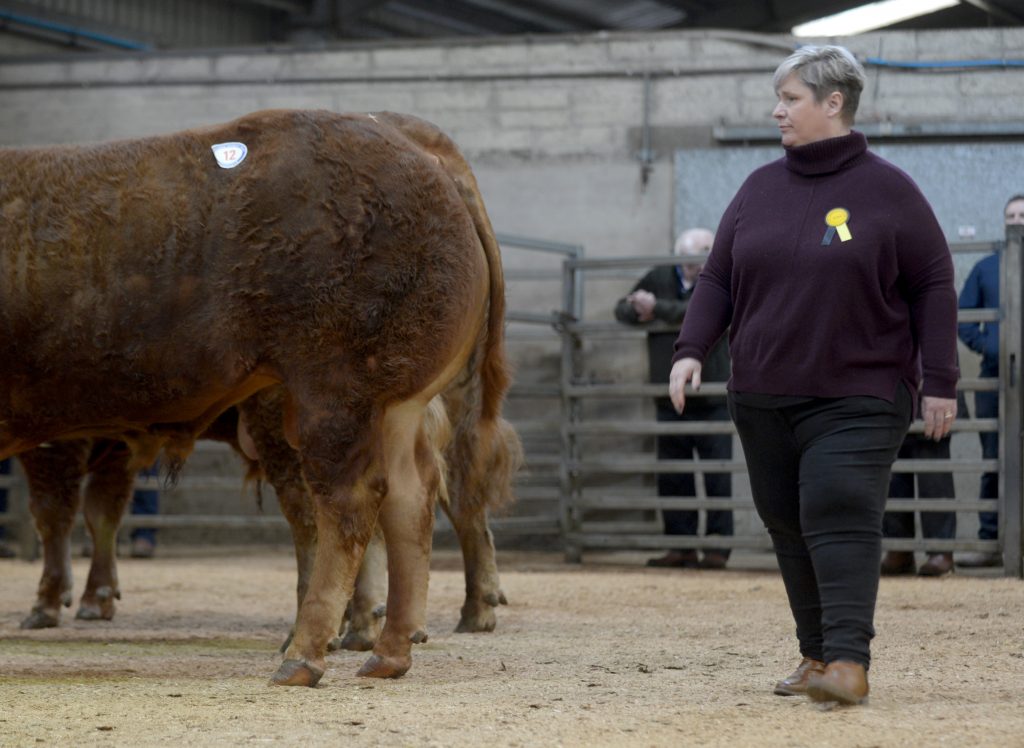 Thanks also go to Dungannon Mart for the use of their facilities.