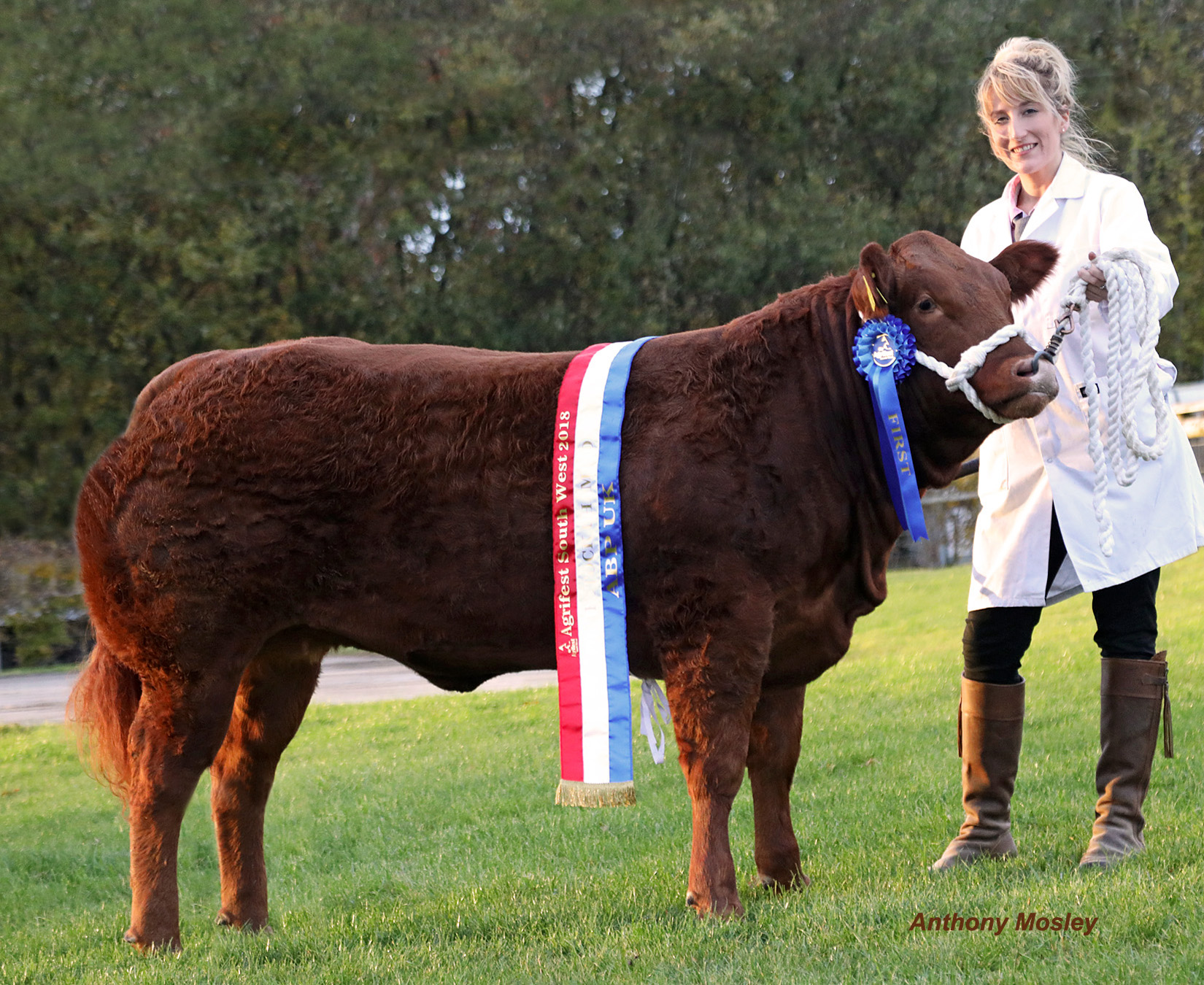 Agrifest South West took place at Westpoint, Exeter, Devon on Wednesday 7th November 2018. Organised by the National Beef Association South West, the event showcased the breadth and depth of quality livestock breeding and production in the region. The one-day event, now in its ninth year welcomed local MP and EFRA Chairman Neil Parish to take a question and answer session.

Limousin cattle were very well represented in all the livestock classes and claiming the Supreme Beef Champion title from Judge Mr John Smith-Jackson was Scarlet from Eddie Morgan and Sam Jones, Llandavory, Carmarthenshire. By Teifi Jacob, Scarlet was bred by fellow Welsh farmer Berywn Hughes who runs the Cwmlimo Limousin herd at Lampeter, Ceredigion. Eddie and Sam purchased the August 2017 born heifer in March this year.

Taking the reserve spot was Paul and Lin Calcraft, Honiton, Devon with their Limousin sired March 2017 born heifer Snow Gin. No stranger to success this classy heifer had reigned supreme in the Commercial Beef Championship at the Devon County Show back in May.

The Cheaker family, Pilning, Bristol took the Bred and Fed Championship with their May 2017 born heifer Smiggle. This was yet another winner to be sired by a Limousin, this time in the shape of Norman Jacksparrow. Reserve spot in this competitive class went to Ruby, a 16-month old Limousin sired heifer from Mike Rowlands, Powys.

Judged by well-known auctioneer Mr Clive Roads, the Baby Beef Championship was another success for the Cheaker family. Their Netherhall Jackpot sired July 2018 born steer Pikachu was tapped out to take the red rosette.

Despite the wet and windy conditions, the Society’s stand by the ring was busy all-day serving tea and coffee.