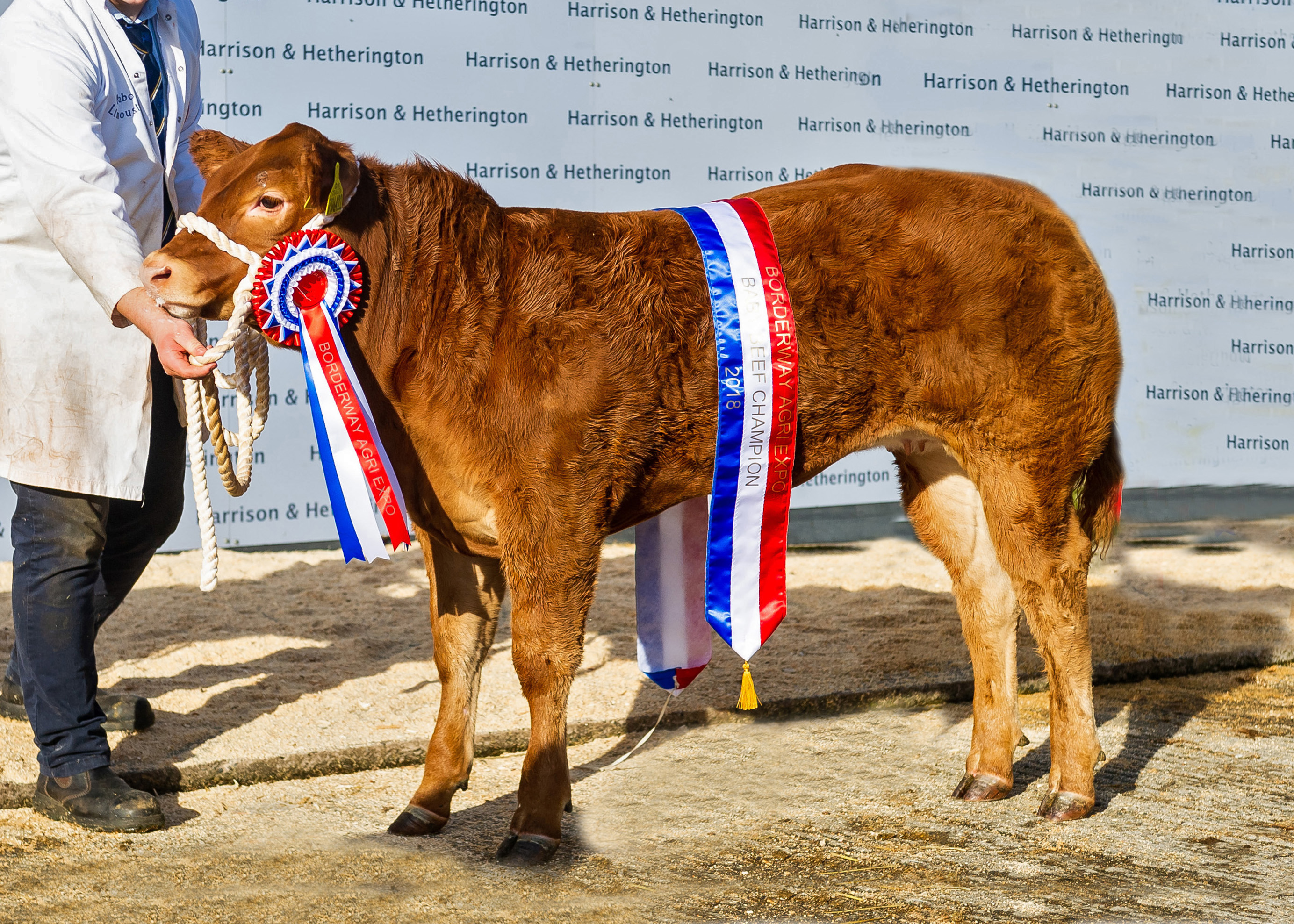 First up to take the honours was Queen Bee from Peredur and Llyr Hughes, who run the Pabo Limousin Herd at Llanbabo, Anglesey who came through the classes to be tapped out as Baby Beef Champion by Judge Mr Craig Malone of Cardenden, Fife. The home-bred May 2018 born heifer is by Derrygullinane Kingbull. A bull that oozes style, length and presence he boasts a fantastic pedigree on both sides of his breeding. His own sire Gerrygullinane Glen has himself produced a significant number of show winners.

Taking the Reserve spot in the Baby Beef contest was the black coated heifer Sassy Lassy, April 2018 born by Powerhouse Elite she was exhibited by duo Blair Duffton and Pearse McNamee of Co Tyrone.

On speaking of his Champion Craig Malone said “I have been to this event a few times, so I knew what to expect in terms of quality. I knew that there would be plenty of fantastic calves to choose from. I was looking for a good, sweet correct calf with plenty of potential and character, and I found that in Queen Bee”

Onto the older cattle, and at the end of over seven hours of judging in front of a considerable crowd, the stylish heifer Red Hot Diamond from Stewart and Lynsey Bett, who run the Midfield Limousin herd at Fallin, Stirling was tapped out as Reserve Supreme Champion by Judge Mr Alan Veitch who had travelled from Co Fermanagh, Northern Ireland to take his position in the centre of the ring.

In an event where the ring was dominated by Limousin genetics, earlier in the day Red Hot Diamond had been selected as Reserve Overall Heifer Champion by Mr Veitch. The 19-month old was bred by Mr M B Nash of Bridgenorth, Shropshire and is sired by Sarkley Digital.

Placed as the Steer Champion was Midnight from Little and Donaldson, Wigton, Cumbria. This Scottish-bred 15-month old bullock was bred by John McAlister, Banknock, Stirling and is another sired by a Limousin.

Backing up the breed’s dominance as the complete beef breed was the presence of an excellent display of Limousin pedigree and crossbred cattle on the Society’s trade stand which drew a strong crowd of visitors throughout the day. In addition, some first-class hospitality was provided by the North West Limousin Club. 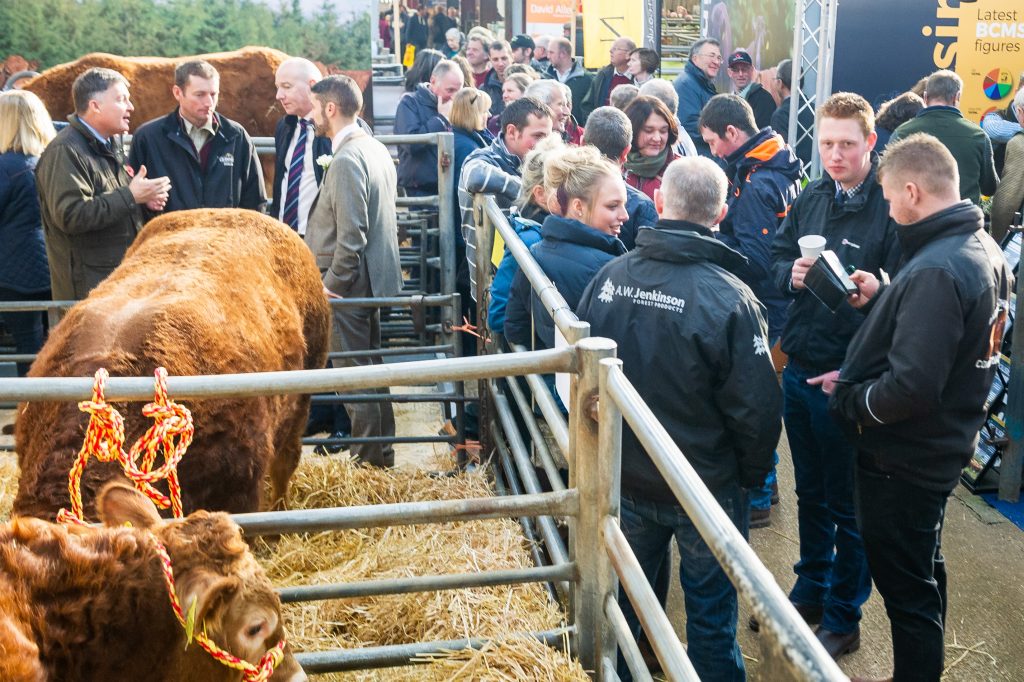