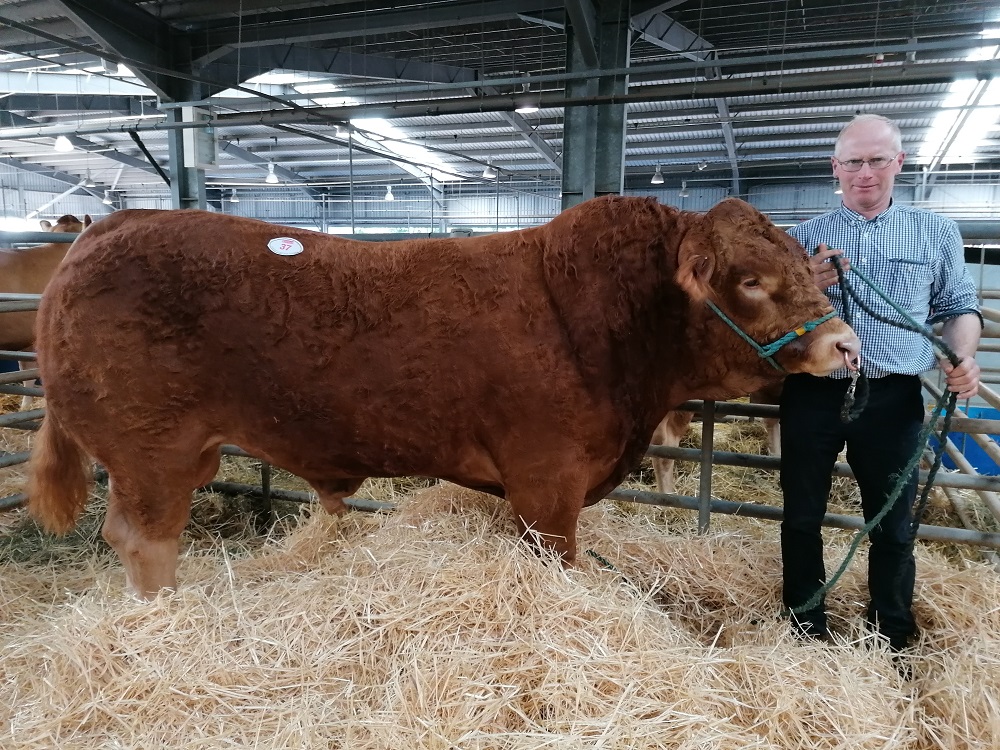 The January 2018 born Nealford Oxford was sired by Ampertaine Lieutenant and out of Nealford Jenny, a Haltcliffe Clycone daughter, which was purchased by Mr B Roberts, Poundapitt Farm, Bradninch, Exeter.

With all bulls sold, Killerton Onhisown from Patrick & Sheila Greed, made 3000 gns selling to Mr PW Endicott, Fernfield, Henderbarrow, Beaworthy. Killerton Onhisown, a March 2018 born was sired by Foxhilfarm Montreal and out of Killerton Lonesome which goes back to Rosecroft Hero.

In the Female section, a smart consignment from the Stourhead herd for H & JL Parker, Home Farm, Stourton, Warminster of eleven Cows with their Pedigree calves at foot sold to 2100 gns for Stourhead Janey sired by Loosebeare Eager. With her bull calf at foot Stourhead Oxford by AI sire Cameos, the outfit was purchased by M Woodridge, Oakland House, Okehampton.

The Neale Family also took the top price in the Heifer section with Nealford Nightowl selling to 1750 gns, a smart incalf heifer, born March 2017 which was sired by Ampertaine Inferno and is out of Nealford June, a Proctors Cavalier daughter.

Tom Hillsdon sold at the Summer Sale at Exeter for the first time and had a pleasing result of 1500 gns with Poole Nessie, an October 2017 born and sired by Lasso. Purchasing this heifer was Mr B Quant, Redlands Farm, Kingskerwell, Newton Abbot to join the Quants herd. Russell Stevens sold breeding heifers Holwellbarton Nicky & Norma which were March & April 2017 born, for 1400 gns also heading down to Newton Abbott to join the Quants herd. 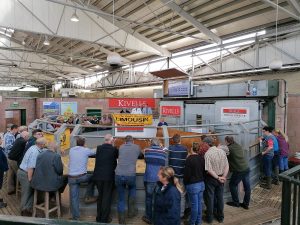 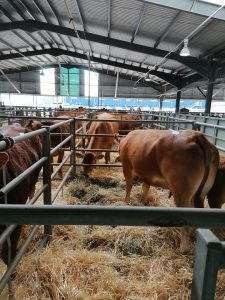