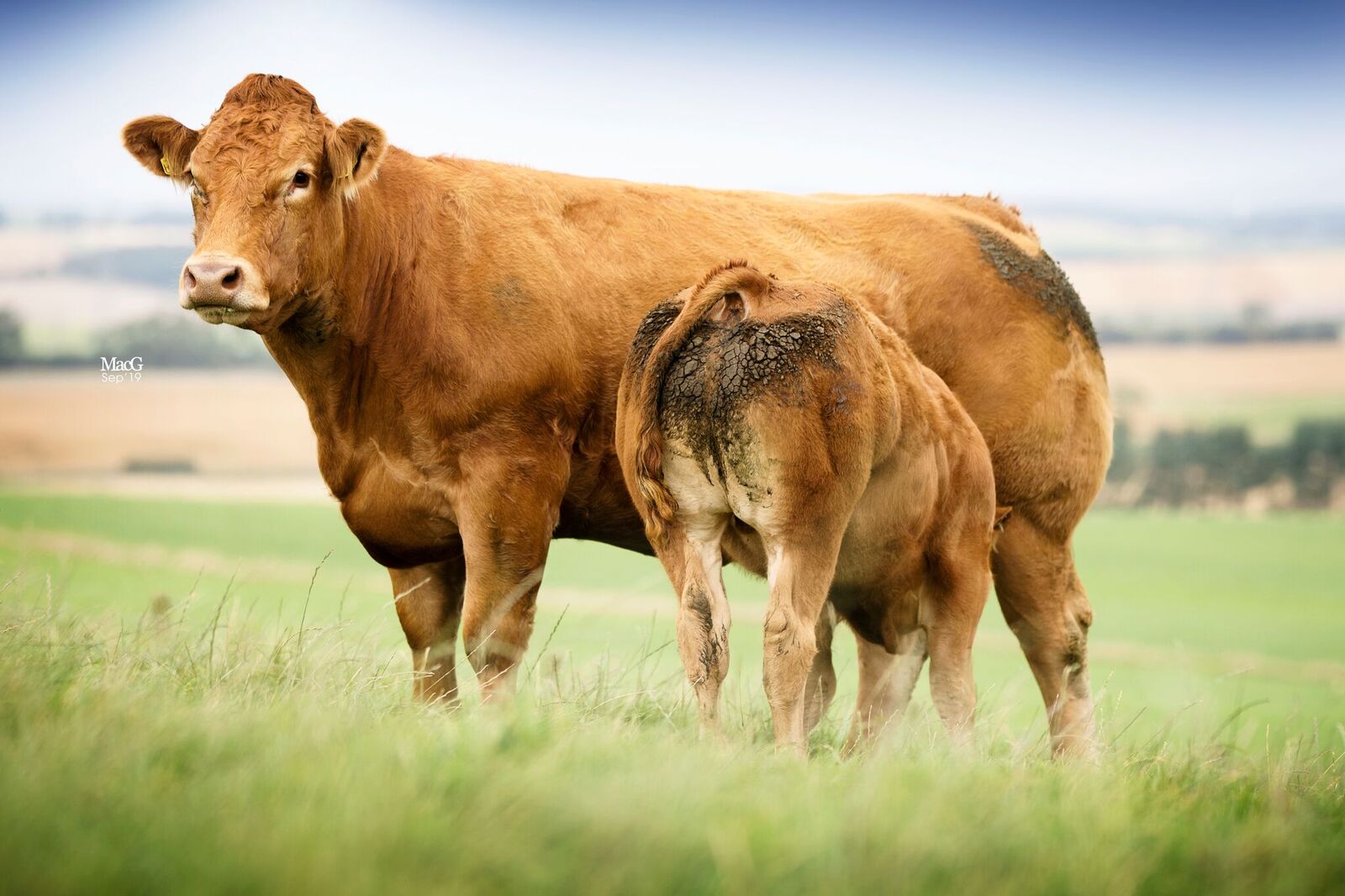 The much-anticipated Dispersal Sale of the Homebyres Limousin Herd on behalf of Messrs John Logan, Kelso, Roxburghshire did not disappoint the large crowd of buyers and well-wishers that made their way to Borderway Mart, Carlisle on Saturday 30th November 2019. 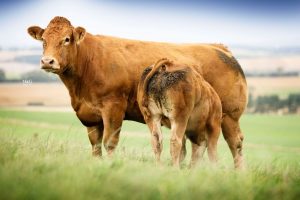 A catalogue packed with breeding and very genuine cattle, with a breadth of bloodlines plus strong maternal and growth performance figures throughout, 67 cows served and/or suckling averaged a tremendous £5,155 with served and maiden heifers levelling at £4,245 and £4,208 respectively. Overall, the sale grossed £534,660 for the Homebyres herd which was established in 1984. Said John Logan: “The Limousin breed seemed the obvious choice when we decided to establish our pedigree Homebyres beef herd back in 1984 with the purchase of the first of several maiden heifers. We have never regretted that decision with the breed rightfully going on to become the most popular in the UK.”

Maiden heifers were led by the 14,000gns Homebyres Nicity, a daughter of Larkhill Julius and out of Homebyres Duplicity who bred the 13,000gns Homebyres Fellboy. This two-year-old heifer was snapped up by an undisclosed buyer.

Two further maiden heifers made 10,000gns apiece. Once more featuring the top-priced Homebyres Lovely breeding was Homebyres Oddyssey, an AI daughter of Lowerffrydd Empire and out of Homebyres Lovely when knocked down to FC Tomlinson & Son Ltd, Springfield, Treswell Road, South Leverton, Notts. At the same figure was Homebyres Olive, again sired by Larkhill Julius and this time out of Homebyres Echinacea, being a full sister to the 10,000gns Homebyres Newman. She was bought by AL Campbell, Strawfrank Farm, Carstairs Junction who bought a further four lots including the 7,000gns Homebyres Meedie (Wilodge Cerberus x Homebyres Greedie) who sold with her Ampertaine Elgin-sired heifer calf at foot, Homebyres Peedie. Another heading to the Strawfrank prefix was the 5,500gns aforementioned Homebyres Echinacea who sold with her bull calf at foot, Homebyres Partner, an Ampertaine Gogolo son.

Back to the cows and calves and it was the seven-year-old Homebyres Hillie who made 8,800gns when purchased by PA Walker, Easterside, Dunnottar, Stonehaven. By Lowerffrydd Empire and out of Homebyres Frillie, she sold with her April-born bull calf, Homebyres Pace by Ampertaine Magnum, at foot and back in calf to either stock bull Homebyres Iveson or to the French AI sire Fenomen.

Two lots later and PR Walker & Son, Manor House Farm, Lund, Driffield took home Homebyres Honesty by the same sire but this time out of the Broadmeadows Dainsi daughter, Homebyres Udainsi. She sold with her Ampertaine Elgin-sired bull calf at foot, Homebyres Paxton, and in calf to either Westpit Highlander or Goldies Nelson. PR Walker later purchased Homebyres Mirtel (Ampertaine Forman x Homebyres Damsel) at the 7,000gns mark who was also sold with an Elgin son at foot, Homebyres Preston, with the dam back in calf to the same combination.

Also at 8,500gns when heading to MW Jack, Carriston Farm, Star, Glenrothes was another mother-and-son outfit – Homebyres Lady and Homebyres Poldark. Lady is by Cloughhead Umpire and out of Homebyres Firstlady with Poldark by the stock sire Westpit Highlander. At the end of the auction, Westpit Highlander himself sold to Iain Graham, Rose Castle Farm, Dalston, Carlisle for 8,000gns. Bred by A&J Gammie, this seven-year-old bull is by Netherhall Doubleoseven and out of Greenwell Dakota, by Vagabond.