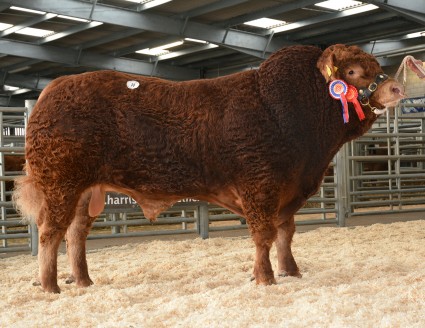 At 6000gns was Shadog Imperial from GL Howells, Shadog, Llandysul.  This calf, who had stood 4th in his class at the 2014 Royal Welsh, was got by the AI sire Carmorn Copilot and is out of the Seigneur sired Ironstone Figleaf. 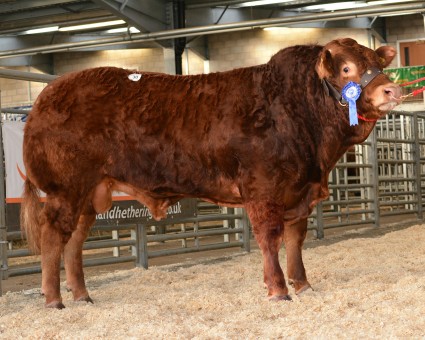 Garyvaughan Iam, from Colin Lewis, Garth Vaughan, Welshpool, took the Reserve Championship before going on to sell for 5800gns.  This April 2013 born bull is by the herd stock sire Plumtree Deus and is out of the homebred Garyvaughan Crusty. 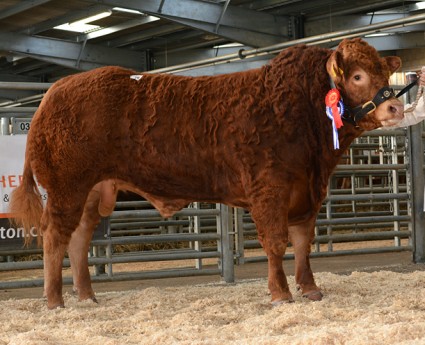 From class three Temeside Icarus made 4000gns when selling for VAS & TVS Corbett, The Gorther, Knighton, Powys.  Another April 2013 born bull, Icarus came to Welshpool on the back of a strong summer show campaign that had seen him win a number of titles and place second in a top class at the Royal Welsh.  Sired by Rosecroft Dynamite, this young bull is out of Temeside Venus. 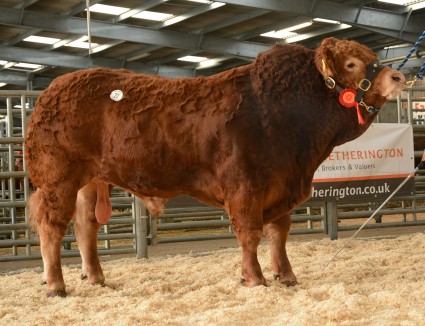