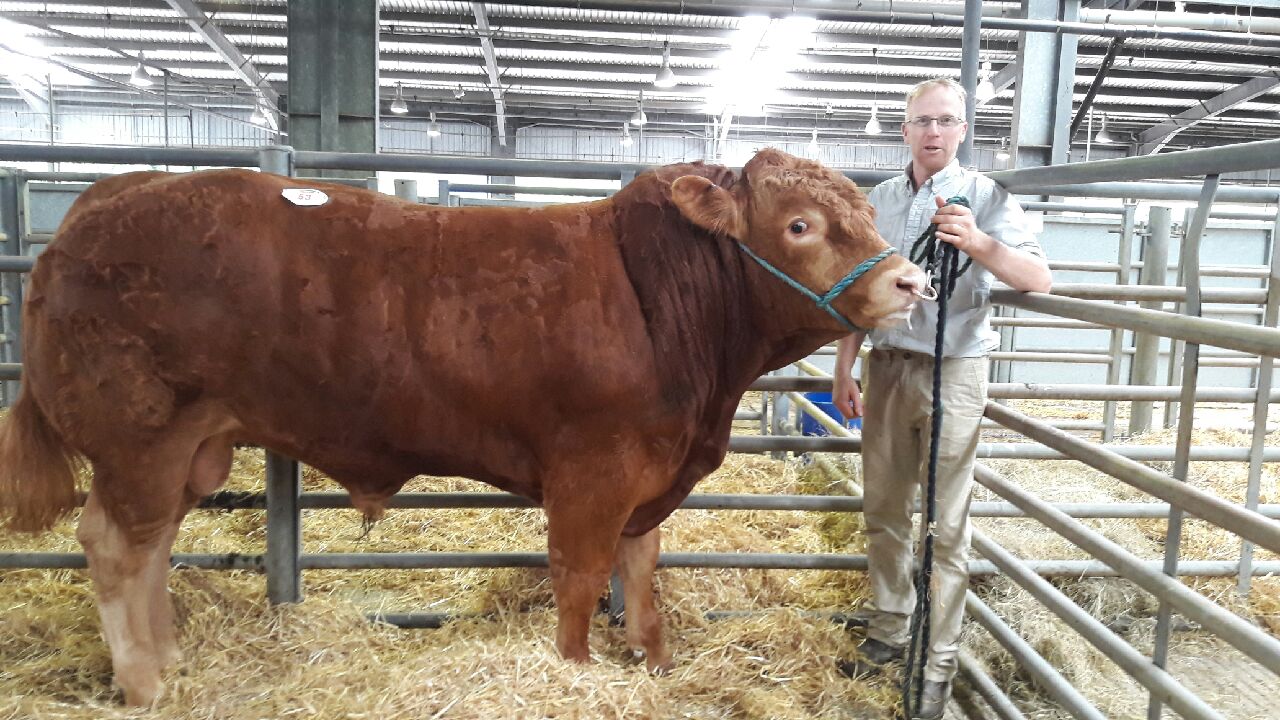 A good entry of Pedigree Limousin Cattle for the Summer Sale at Exeter Livestock Centre, Devon saw a packed ringside, a solid trade, and a 100% clearance of the 31 lots forward.

The sale commenced with an outstanding entry of 10 cows and calves from the Sloughpool herd of Messrs M M Gollop & Son of Cullompton. The strong demand ringside resulted in a handful of cows leading the female trade at 3,000gns. The hammer went down at this price for Sloughpool Heather, a 2012 born cow by Ampertaine Clinton. She sold with her January born heifer calf by Loosbeare Ipad at foot to Alan Cottle of Moretonhampstead.  Also making 3,000gns was Sloughpool Foxglove. By Lumbylaw Penandpaper she sold with her March born bull calf by Loosebeare Ipad to Messrs Ball of Cornwall. Messers M M Gollop & Son sold a handful of other tidy outfits to between 2,000 and 2,600gns which meant that their consignment average was just over 2,500gns.

Other cows and calves also made 3,000gns.  Included in this was Smithy Imogen from Tony & Jo Smith of Jacobstow.  A 2013 born daughter of Mas Du Clo, she sold with her January born heifer calf at foot to Richard Webber of Wheddon Cross. The same vendors also sold an in calf cow, Dinmore Gale, at 2,000gns to Gary Richards of Helston. Enjoying a good trade the Smith family also topped the heifer section with two yearling heifers out of the noted Breizizel.  Her natural calf by Smithy Jurassic sold at 2,500gns to Colin Davey of Launceston and her embryo calf by Ampertaine Foreman sold at 2,200gns to Barry Quant of Newton Abbot.