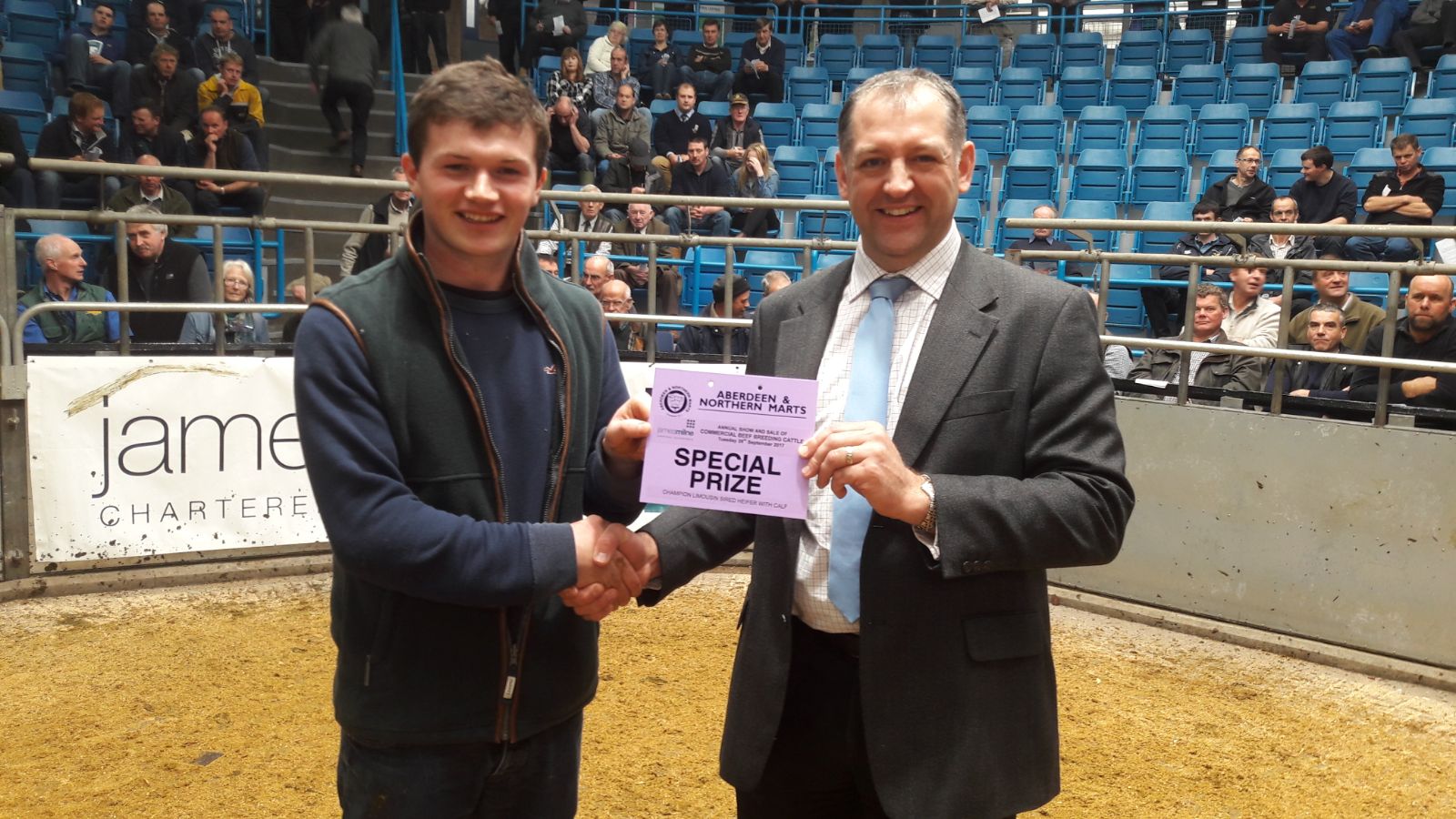 The Judge Mr Alan Forbes, Dalrachie, Ballindalloch awarded the Overall Championship to a Simmental sired heifer who had her Limousin cross heifer calf at foot from E M Smith & Son, Towiemore. The outfit sold to £2,900 to Dunbeath Farms, Dunbeath. Reserve Champion was the Champion Limousin sired heifer with her Limousin cross heifer calf at foot, also from E M Smith, Towiemore. This pair sold to £2,250 to B Buchan, Clinterty, New Aberdour.