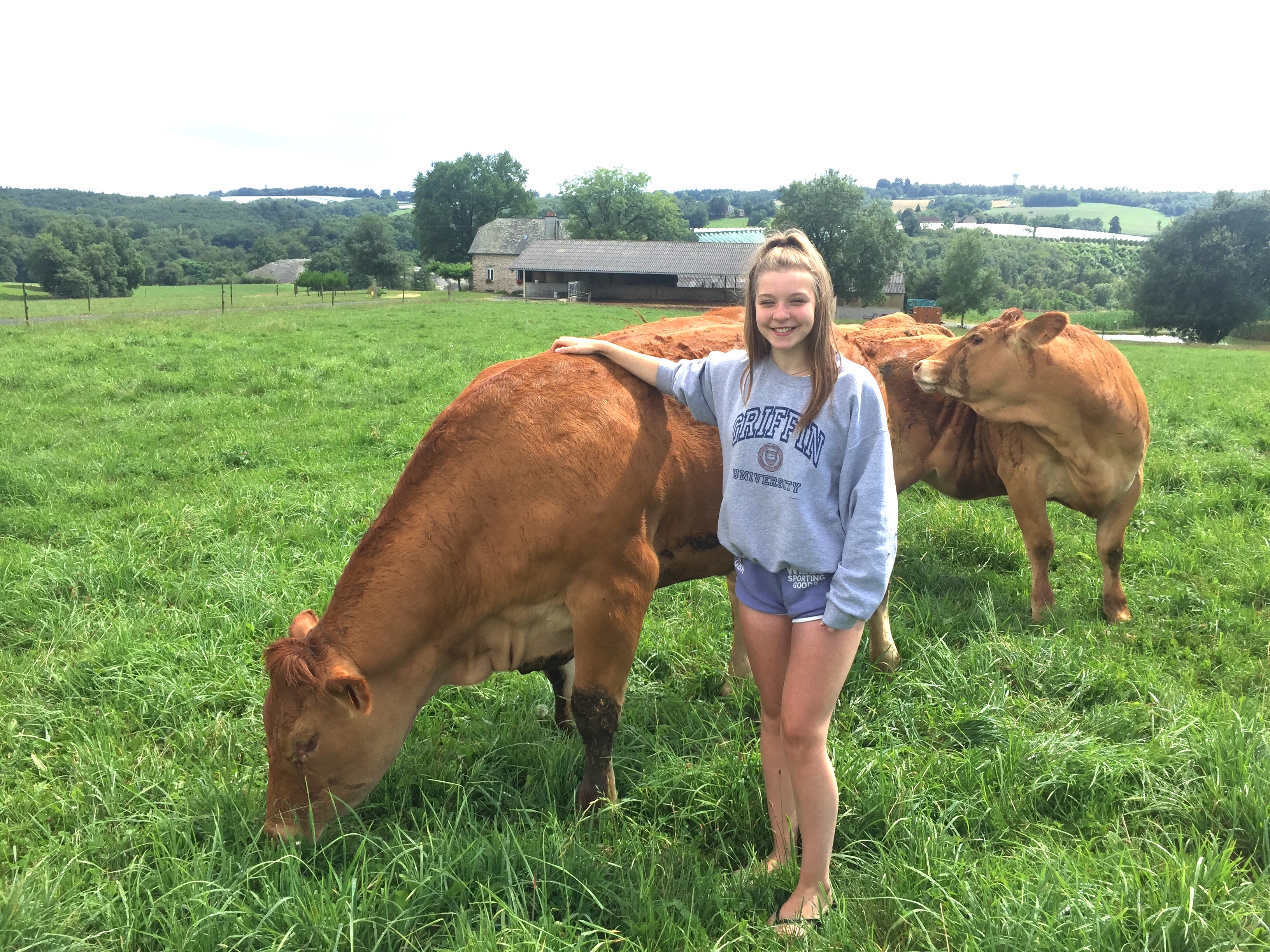 Young Limousin breeder Ruth Hamill (Cloverdale Herd, Dunmurray, Belfast) was given the opportunity to spend a month with the Lasterna family who run the successful Lasternas Limousin herd in the Dordogne region of South West France. Here Ruth reports on the experience and what she learnt about the breed from the French perspective:

The Lasternas herd, which consists of over 200 pedigree cows and numerous stock bulls, were in the middle of their first of two calving stints when I arrived. Not only was this very exciting but also somewhat stressful at times! We had five cows in calving aid pens who all decided to begin calving at the same time. What a start, a real eye opener. An early observation of mine was the ‘milkiness’ of the females, including that of the first calving heifers. In the Lasternas Herd the balance between increasing muscle and producing milk is clearly spot on. Something else very evident was the superb degree of calving ease the females demonstrated throughout my time with the herd. This is a particular trait which the breed has become well known for and it was easy and pleasing to see why. Delivering robust strong calves I was impressed to see the genetic merit of the females in action. 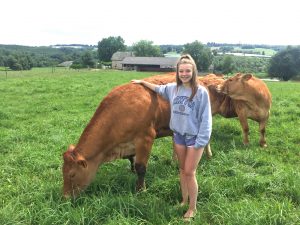 Heading out to France I did take with me some preconceived ideas about French Limousins and how they compared to their British counterparts. I thought that there may be a place for French females in the UK breeding herd but that they had no place in the show ring as I had always thought they lacked the muscle and shape UK breeders are so passionate about. The French cattle in the Lasternas Herd shattered all the perceptions I had of the ‘typical French animal’. They displayed great width and extreme ‘squareness’ over the plates and it was very hard to fault their locomotion. For this reason I became to think that they could well stand out in our show rings, both pedigree and commercial. 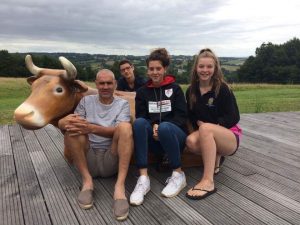 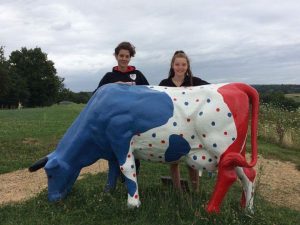 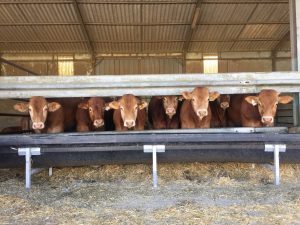 As I leave France in mid-August the main French show season is just beginning and I have absolutely no doubt the Lasternas show team will have a successful summer. The family have experienced great success in France being regular winners at both the Paris Show and National show. Olivier Lasternas is a well-regarded Limousin judge who has travelled all over the world adjudicating at shows. I am very grateful to him for sharing his experience with me, which meant I could learn more about French cattle and the French style of judging.

The Lasternas’ favourite show duo Haude and her 2015 born daughter Lola have racked up a list of prizes in recent years. Lola became a firm favourite of mine; she displayed both muscle and size, oozing style and femininity. Her extremely docile temperament was clear from the start, a trait very obvious throughout the whole herd and something the Lasternas take very seriously. Any animal that is anything other than quiet and easy to work has been removed from the herd, this robust approach certainly paid off. 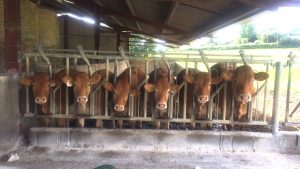 Although the idea of travelling overseas to live with an unfamiliar family may seem daunting I feel very lucky to have been welcomed into the Lasternas household. My time in France was not only extremely enjoyable but also very worthwhile; expanding on my knowledge of French cattle and use of the language! I have many people to thank for making this opportunity and experience of a lifetime possible. In particular Aled Edwards, who steered me in the right direction and allowed everything to come together, and Olivier Rambert, who overcame the language barrier and organised all the final details.