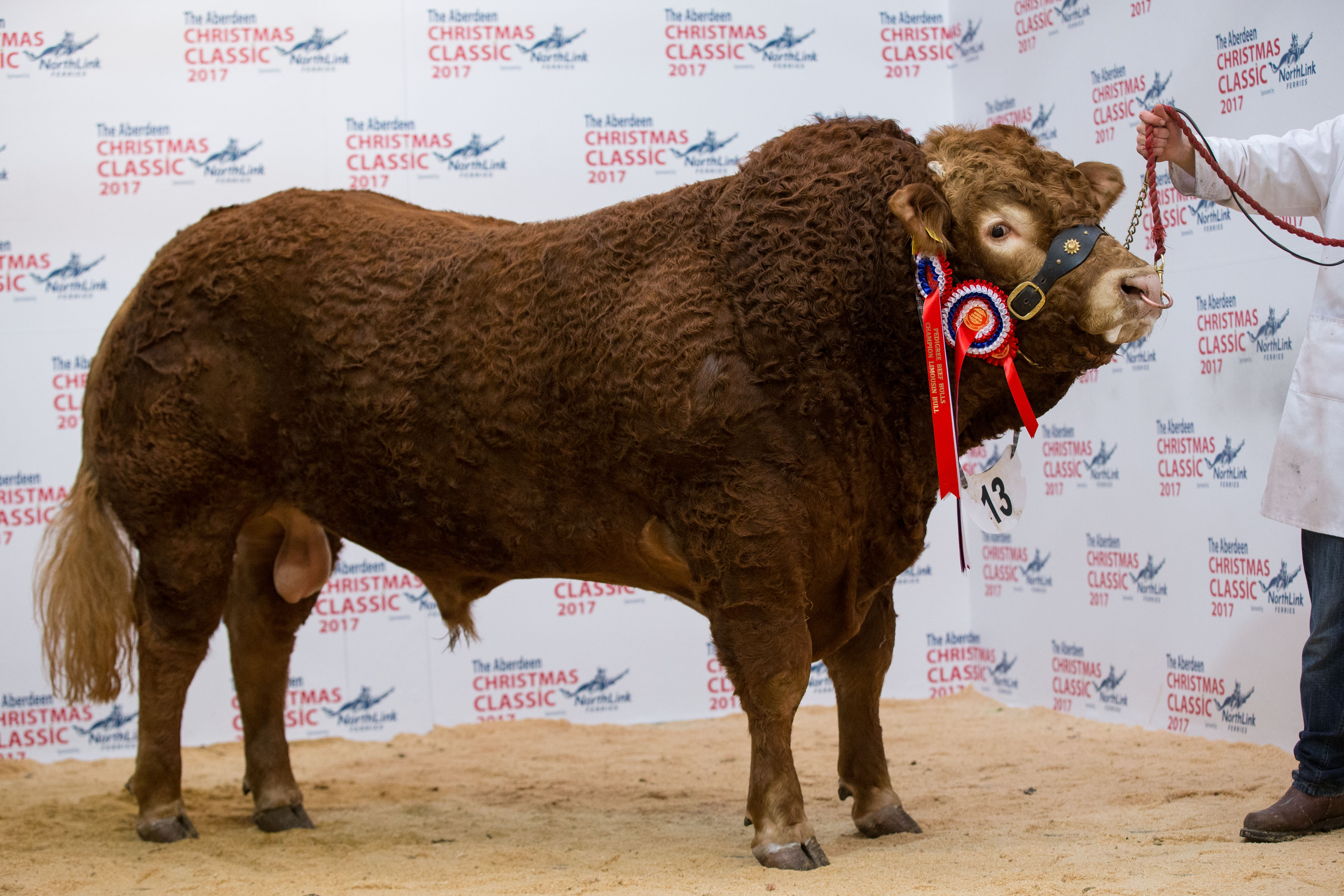 In the pedigree section of the Aberdeen Christmas Classic at Thainstone it was Limousin bulls that took center stage. Judge W Stewart, Greenfold, Huntly, awarded the coveted overall Pedigree Bull Championship to Harestone Limit from Neil and Stuart Barclay, South Road, Insch. The ET-bred bull, born in November 2015, is by the French-bred Ideal and out of the Goldies Comet daughter Glenrock Impulse, full sister to the 126,000gns Glenrock Illusion. In the post-show sale he sold for 5,800gns to Banff based breeder W J Morrison, Fairburn.

With Limousins setting the best of the averages two other bulls realised 4,800gns. The first was John McIrvine’s Whinfellpark Lazzaro. This Lowerffrydd Empire son who is out of the Dolcorsllwyn Fabio-sired Whinfellpark Indigo was bred by Messrs Jenkinson and went home to GM Barclay and Son, Laurencekirk. Matching that was Shannas Modem, a second prize winner from John and Margaret Penny, Shannas, Clola. Selling to P A and P Duncan of Northfield, Banff, Modem is by Ampertaine Hitman and out of Shannas Footloose, a Glenturk Astounding daughter. Elrick Magnum, from M Massie, Mains of Elrick, Auchnagatt, made 4,400gns and sold to B Keir & Son, Ladymill, Alford.