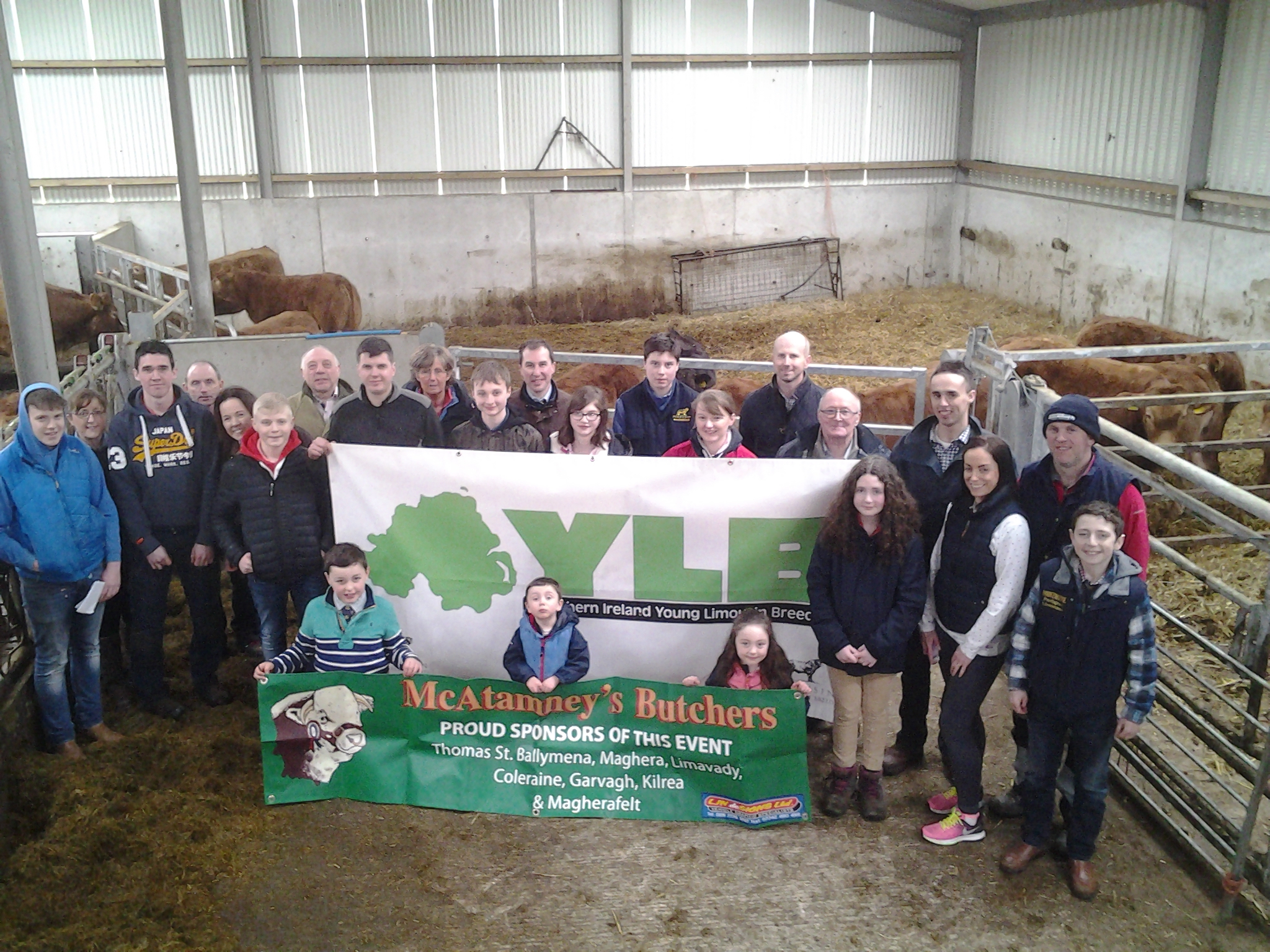 Young Limousin Breeders from all over the province attended a training workshop on Saturday 7 April at the home of Michael McKeefry and family of the Eniver Herd, Garvagh.

The afternoon kicked off with a masterclass in hoof trimming by Leslie Hood. With all his equipment to hand, Leslie undertook a practical demonstration of this skill on a Limousin cow and answered lots of questions on this very important aspect of animal welfare. 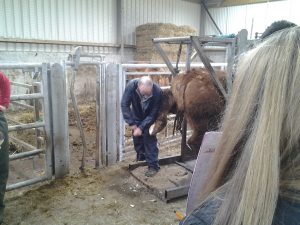 The young breeders were then given the opportunity to handle and lead an animal, as they would be required to do in the show ring. Thanks to Kile Diamond for his help and advice because for some this was their first time getting this kind of hands-on experience. The advice they received on how to hold the nose rope, halter and show stick will no doubt prove to be invaluable. 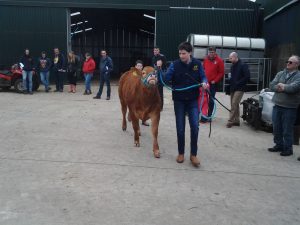 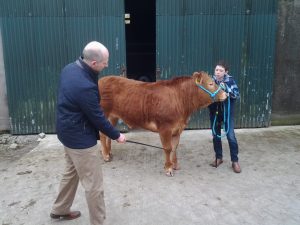 This workshop was also an opportunity for the young Limousin breeders to show their stockjudging skills. Selection for the team to represent Northern Ireland at the National Stockjudging competition at the Royal Bath and West Show, Somerset on Thursday 31 May 2018 was up for grabs. With five places available, it was a competitive day. The young breeders were asked to judge a class of four bulls and four females. They had to prepare a concise description of the female class and explain their reasons for their placing selections by describing and comparing them.

Each young breeder presented their reasons to the Master Judge, Cahir McAuley, Chairman of the N.I. Limousin Cattle Club. They were marked on their placing of the two classes, accuracy of statement, fluency, manner and appearance.

Cahir congratulated all the participants on the extremely high standard they had achieved and with great anticipation announced the team. Representing N.I. on the Senior Team will be Phillip Williamson, Ballymoney and William Donaghy, Rasharkin. The Junior Team will be made up of Serena Murphy, Newry and Andrew Hamill, Dunmurry. Representing N.I in the individual competition will be Thomas Callion, Dromore. Hats off to these super young Limousin breeders, all Northern Irish eyes will be on them at the Bath and West Show.

Special thanks are extended to the McKeefry family for hosting this event, Briege Diamond and her fantastic assistants for the slick organisation and to McAtamneys butchers for the delicious burgers and sausages enjoyed by all.