Home 2018 4600GNS THORNTONTOWER MONTY TO THE FORE AT HEXHAM 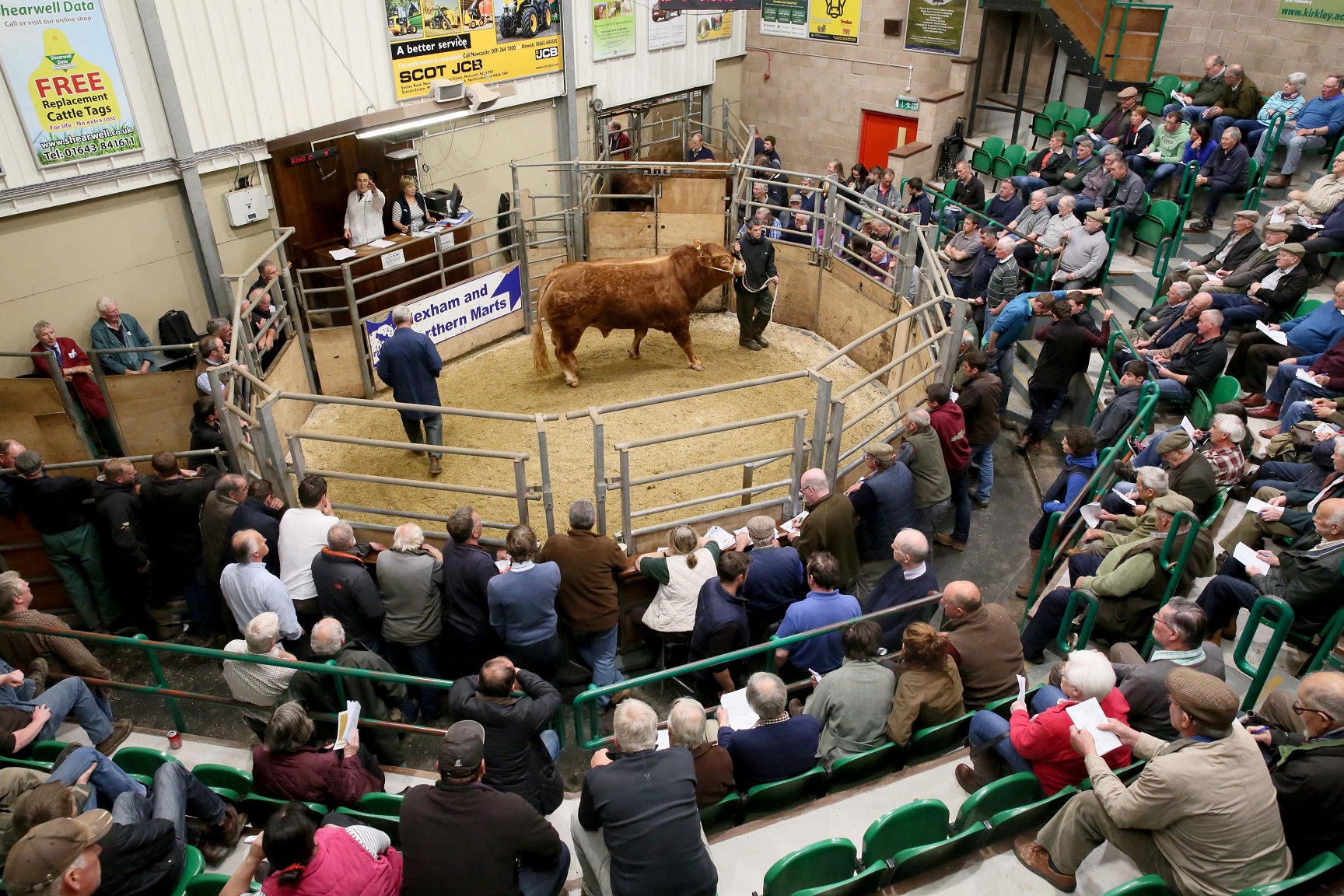 Hexham and Northern Marts held their third Annual Limousin Bull and Female Show and Sale on behalf of the North Eastern Limousin Breeders Club on Wednesday 16th May. A much larger entry of bulls this year still met with solid demand, 21 bulls (4 more than last year) sold to an average of £3350.

Topping the sale at 4600gns was Thorntontower Monty, a two year old son of Lodge Hydro from J S Gibson and Son, Newbrough, Hexham. Making the winning bid was Messrs D A and M A Teasdale, Grindon Hill, Haydon Bridge. Two bulls hit the 4000gns mark. First up came Cornsay Marquis from Messrs W I Suddes and Sons, Cornsay Village, County Durham. Second placed in his class in the pre-sale show, Judged by Mr Ian Sedgewick of the Gallaber herd, Lancashire, Marquis is a November 2016 born Goldies Comet son out of Cornsay Audrey. He was purchased by W and P F Walton, Penpeugh, Bardon Mill. Goldies Nestor, from Bruce and Jim Goldie, Mouswald, Dumfries and Galloway, made the same price. This January 2017 born bull is by Ampertaine Foreman out of Goldies Fragrance. Messrs W Rutherford & Sons, East Mill Hills, Haydon Bridge were the successful bidders.

The Male Reserve Champion Naby Mirauder came next at 3800gns. From Messrs J W Dent and Sons, Barnard Castle, County Durham, Mirauder is by Naby Jaguar and out of Naby Farah. He made his way home with J Dixon and Sons, Stainton Manor, Richmond.

There was a great show of heifers this year, again, as with the bulls there was more forward to the pre-sale show than last year. Topping the sale was a terrific in calf heifer, Swalesmoor Morven, who had been tapped out as the Female Reserve Champion in the pre-sale show. This Dinmore Goldeneye daughter sold in calf to Lowerffrydd Umpire and realised 3500gns for Kedzlie Farm Ltd, Blainsie, Lauderdale.