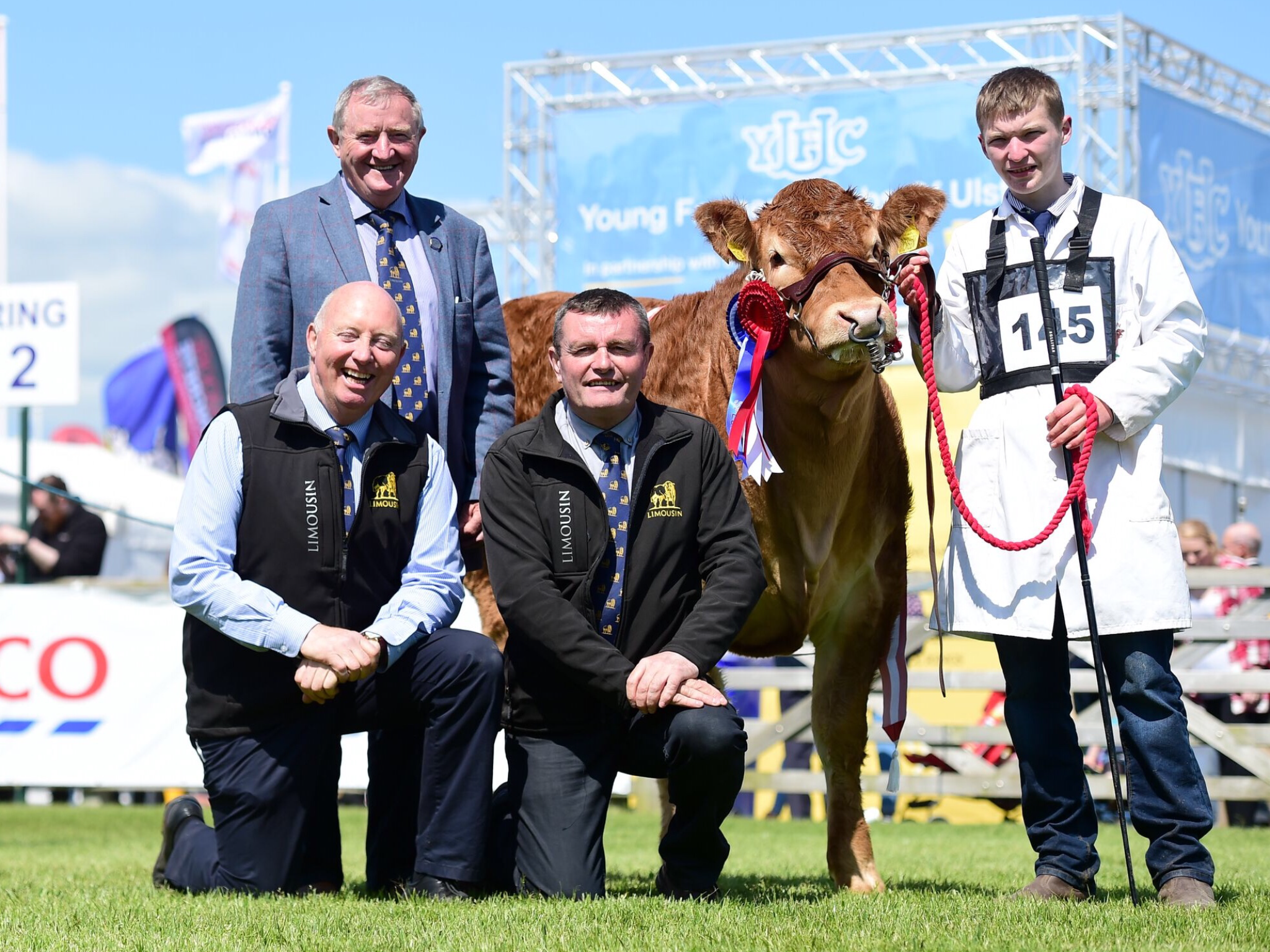 The 2018 summer show ‘major’ season kicked off in spectacular style at the opening day of the 150th anniversary Balmoral Show on Wednesday 16th May.

Day one of the show saw the Limousin judging in front of Mrs Mary Reynolds of the Rhy Limousin herd, Bordon, Hampshire. From amidst some fine competition on a warm and sunny day Henry Savage & Sons from Altnamackin, Newry, Co Down emerged victorious. It was the stylish young heifer Trueman Noreen who came through the field after winning the first class of the day to lift the Female Championship and the Limousin Overall Supreme Championship. This marks the second year in a row that the Trueman team have celebrated winning the coveted Supreme Limousin Championship at the Balmoral Show, having won with Trueman Lute in 2017 after three previous Overall Reserves. 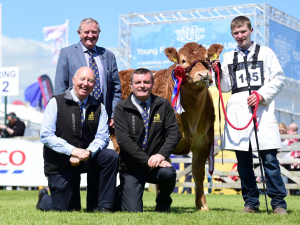 Just 13 months old Noreen has a super pedigree behind her, by the world record priced Trueman Jagger she is out of Trueman Euphonium, a cow Henry Savage describes as his “pride and joy”. Of his winner a clearly delighted Henry went onto say that “I have always known that she was a special heifer, but in recent weeks she has really blossomed into something remarkable. Euphonium has excelled herself, I have a feeling Noreen could well go onto be our best ever”

Following on from the Limousin judging Mary Reynolds said of her Champion: “She is something special, very correct, a great top on her and a beautiful sweet Limousin head. There is huge potential in her, I am sure she will go onto make a fantastic cow”

Taking the Reserve Overall Limousin title was the Junior Male Champion Jalex Notorious from James Alexander, Randalstown, Co Antrim. The February 2017 home bred young bull had come through the field to take the Overall Male Championship when he stood against Derriaghy Noddy from DG Green & Sons, Lisburn, Co Antrim. By Bassingfield Hobama out of Haltcliffe Hester he then paired up with a smart heifer from the Jalex stable to take the exhibitor bred pairs Championship. 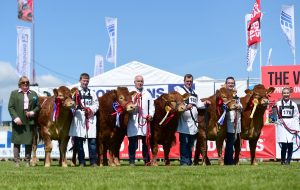 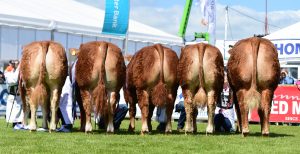 Cow born on or before 31 December 2014, in calf or having produced a calf in previous 12 months

Owner and exhibitor group of three :