Home 2018 EXCEPTIONAL LIMOUSINS ON OFFER AT HEXHAM AS TRADE TOPS AT £1,385 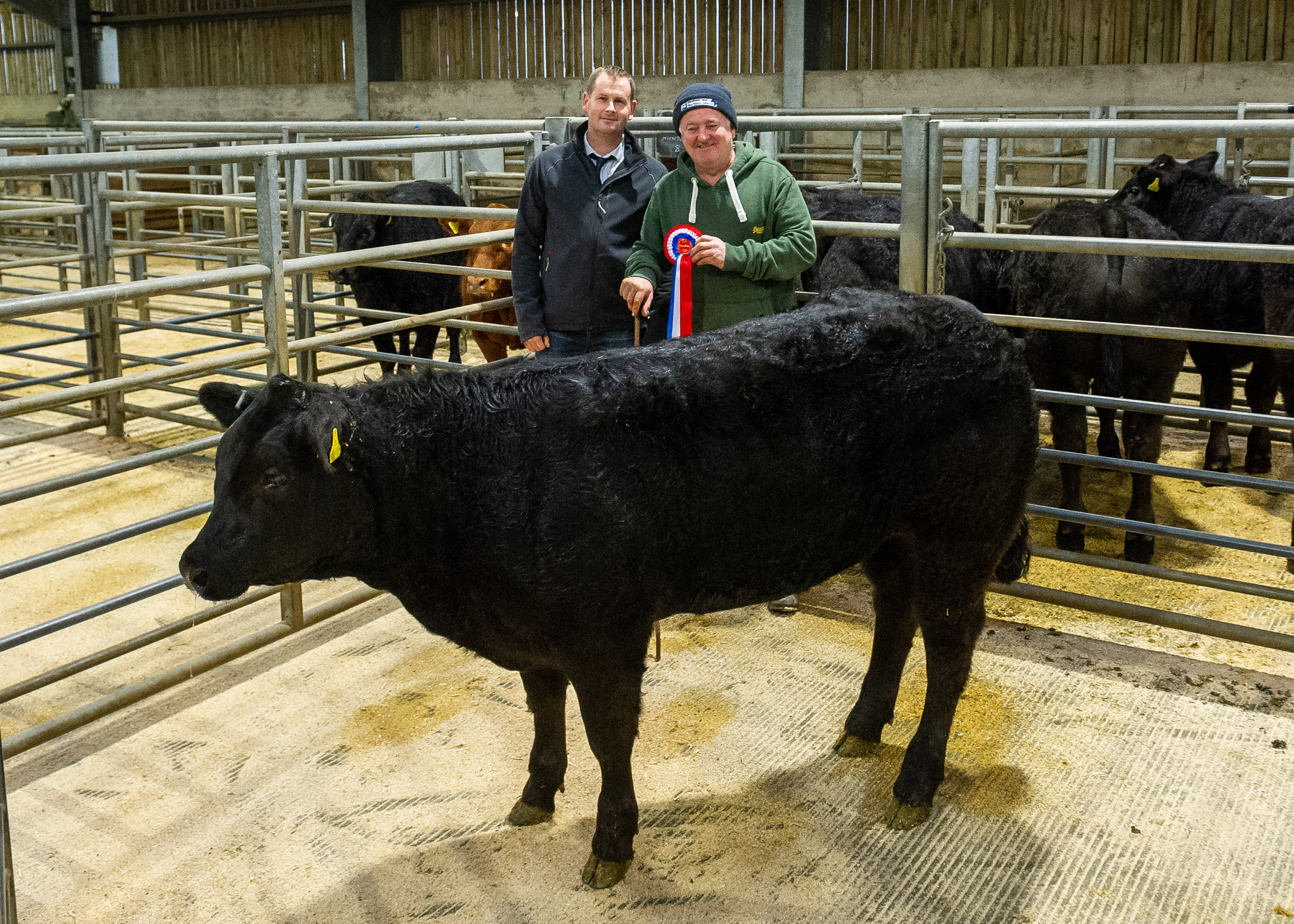 Hexham & Northern Marts held their annual special prize show and sale exclusively for Limousin cross store cattle and suckler bred calves on Friday 12th October. It offered an entry of 972 cattle which was slightly up on the fixture last year.

Too numerous to mention the catalogue was littered with quality cattle on offer to a buoyant crowd assembled for the post-show sale. The robust trade serves as a reminder as to how the characteristics of the breed fit the commercial requirements of the modern market conditions where efficiency is the name of the game. The Society places fervent emphasis on the needs of the commercial beef producer; providing the Limousin cattle that meet their expectations in terms of consistency, performance and profitability are a priority. This is an objective that the society continues to invest in so that pedigree breeders and commercial buyers alike see tangible financial returns.

Presiding as Master Judge in the pre-sale show was local farmer and recognised breeder of top quality cattle and sheep Mr Kevin Sparke, Little Swinburne, Colwell. As is customary at the event, the first undertaking was the judging of the pens of four in contention for the North Western Limousin Cattle Breeders Trophy which, after identifying his first and second prize pens of four steers and four heifers Mr Sparke awarded to a sublime pen of jet black steers from Richard and Chris Thornton, Cornhills; the father and son team taking the trophy home to Kirkwhelpington for the third year in succession.

The individual calf classes were next to be decided and an outstanding entry of both steers and heifers were put before the judge, a number of onlookers remarked that the quality on show was the best to have been seen at Hexham this year.  With his first prize steer and heifer standing in competition for the Overall Championship and The George Stappard Memorial Challenge Cup Mr Sparke tapped out the tremendous black female calf from Messrs Lee, Agars Hill, as the triumphant victor on the day; the young heifer went onto lead the annual consignment of sixty well-bred calves from the renowned Whitfield based family.  Requesting the second prize heifer be brought forward thereafter, it was this animal, a red roan Peebleshire bred calf from brothers Tom and Blair Cockburn, Kingside, which the judge awarded the Reserve rosette to.

With the formalities of the show taken care of the sale began with a full complement of buyers at the ringside and a useful entry of two hundred older, forward sorts opened the day’s trading.  The best of these topped over £1,300, which included a very shapely cross bred heifer at 28 months of age from KMCC Livestock, Farnamullen which changed hands at £1,350; a similarly powerful 20 month old bullock from Messrs Carr, Highwood made £1,335.

The main focus of the day however was the outstanding consignments of well-bred Limousin cross suckler calves from herdmasters from across Northumberland, County Durham, Cumbria and The Scottish Borders. Highlights were many, the potential in many of the calves prompted a number of buyers, both local and distant to comment that a better show of yearling cattle would be hard to find anywhere in the country this autumn.

The aforementioned prize winners from Messrs Thornton, Cornhills headed up a fantastic run of calves bred high on the Northumbrian ‘Wannies’ and pen after pen of threes and fours were presented in first class order. This saw Messrs Thornton top the sale at £1,385 for an impeccable heifer which sold to a regular, return buyer based north of the border whilst the Champion pen of four steers sold for £1,340 each to a near neighbour and finisher of ‘high end’ cattle.

A similarly sizeable run of calves were brought north to Hexham by Messrs Reed, Lands Farm, Westgate and once again this offering sold well for the well-known Weardale farming family.  Steers with a huge amount of shape peaked at £1,230 whilst heifers with potential for either feeding or breeding peaked at £1,290, edging ahead of their bullock brothers in a trend that was commonplace on the day.