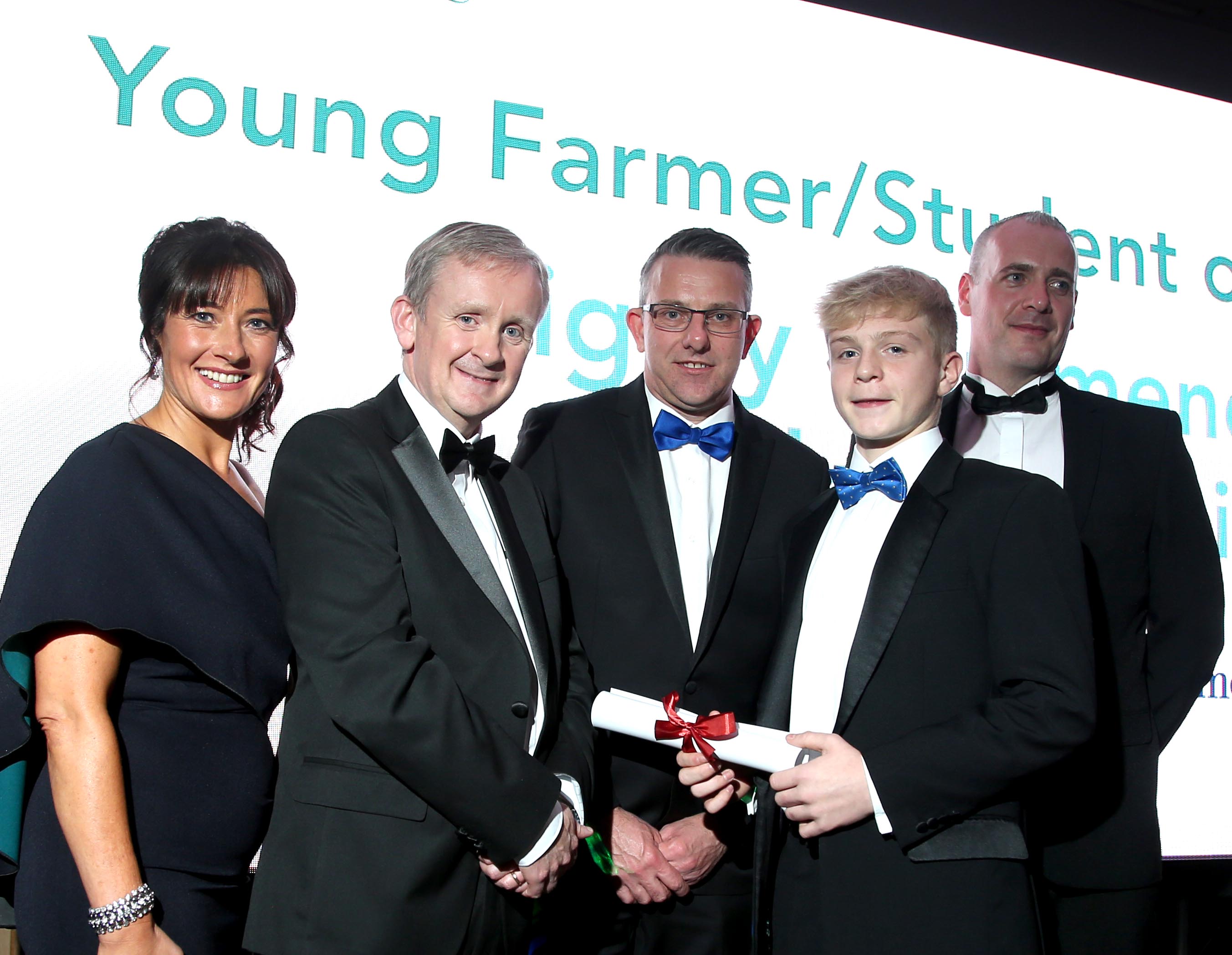 Northern Ireland’s farming industry was in the spotlight recently as the winners of the annual Farming Life awards were revealed. Around 300 industry figures, farmers and politicians attended the black-tie event on 18th October at the La Mon Country House Hotel in the Castlereagh Hills.

Stepping onto the stage to receive a Special Commendation in the 2018 young farmer/student of the year category was Young Limousin Breeders Club member Andrew Hamill of the Cloverdale herd, Dunmurray, Belfast.

Despite his young years, Andrew already has a strong cattle background that is evident when coming to beef judging events, he was crowned the winner at the YLBC National stockjudging competition at the Royal Bath and West Show earlier this year. There is no doubt that he is turning into a hardworking ambassador for the breed in Northern Ireland and further afield. It is a tremendous honour for him to be recognised at such a high-profile event.