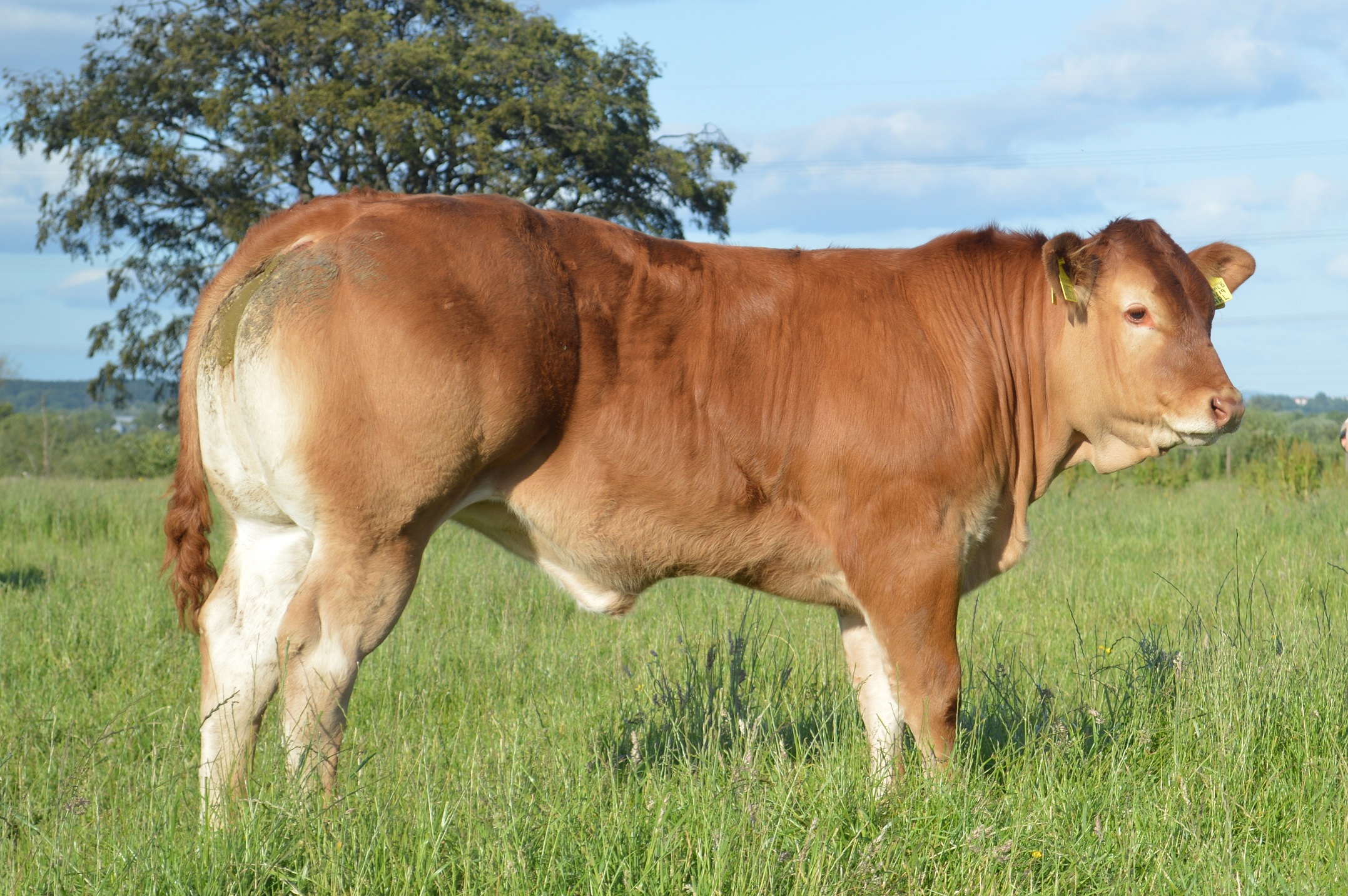 Lodge Pearl is by the Irish bred bull Elite Foreverbrill, a Wildoge Vantastic son, and is out of Lodge Emerald a daughter of the herd’s French stock bull Attila.  Carrying both shape and muscle, Lodge Pearl is the full sister of Lodge Lavender who was sold at the herd’s sale in 2016 for 7500gns.   The top price animal was purchased by Mark McKinstry for his 25 cow pedigree Ballyaulkin herd at 84 Belfast Road, Nuttscorner, Crumlin. Purchasing the animal was the herd manager Ian McFadden who said: “I really liked this animal for her style and presence and she was just full of shape.  In coming to the sale we were looking for quality females to add to the herd”.

The very first lot in the catalogue, the rising eight year old cow Lodge Gwyneth, sold with her bull calf at foot, made the second top price of 4500gns when selling to Craig and Jack Hendry, Heads of Auchinderran, Keith, Banffshire.  This cow is by the aforementioned sire Attila and is out of the Bailea Olympia daughter, Lodge Actress.  Lodge Actress also bred Lodge Hairspray which sold for 6800gns at the herd’s sale in 2016.  Lodge Gwyneth’s calf at foot was the bull calf Lodge Pierre who is sired by the herd’s new French stock bull Mattben which was purchased in 2017 in Limoges.

The joint top price lot in the Harestone offering was the April 2017 born heifer Harestone Naomi.   This heifer is sired by Drummin Jameson an Irish bred bull that the Barclays purchased as Junior Champion in Roscrea.  Out of the Broadmeadows Cannon sired Harestone Inga, Harestone Naomi was another lot to be purchased by Mark McKinstry for his Ballyaulkin herd.

At the same 4000gns mark was the May 2017 born Harestone Nutmeg.  By another Irish sire, Killcastle Eric, this heifer is out of Harestone Ironmaiden described as one of the herd’s best cows. This smart heifer was purchased by Messrs Douglas, 15 Thura Place, Bower, By Wick.

Back in the Lodge herd offering, the four year old Lodge Lady made 3500gns when selling to the Dentview herd of Mike Slater, Rose Cottage, Beckermet, Cumbria.