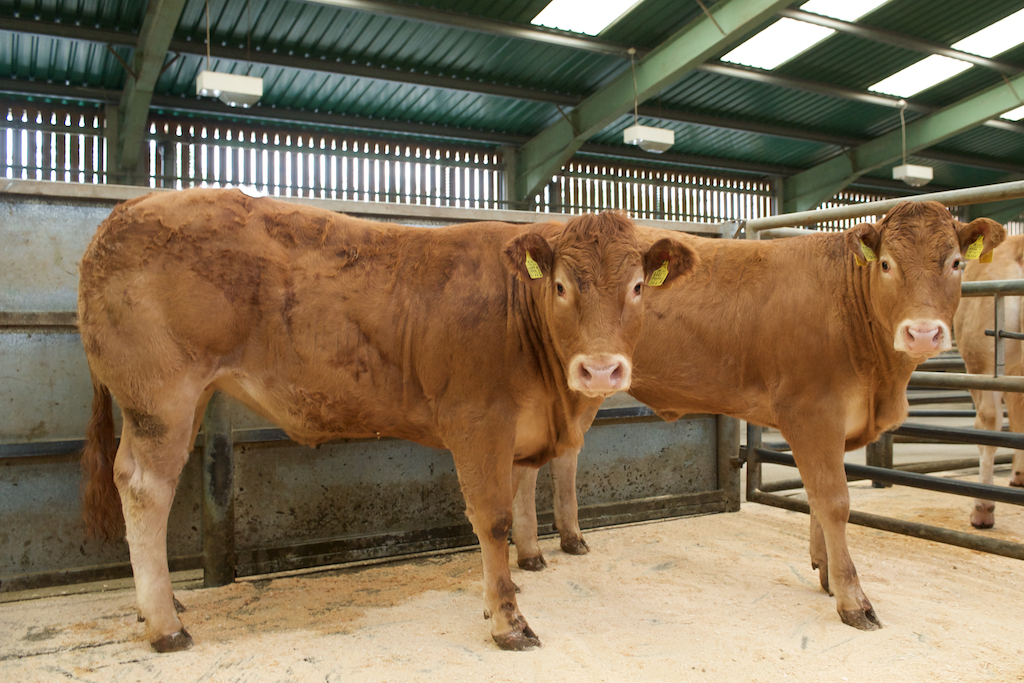 Ten of the 11 females forward sold to an average of £2,448 per head.  With commercial buyers actively in the market, these results yet again provide more evidence of how Limousin females are fitting into the requirements of commercial enterprises.

A top price of 3,500gns was achieved by two animals. The first of these went to a home bred cow and calf unit from Henry Savage & Sons, Cullyhanna, Newry, Co Down. Trueman Fantasia is by Hatcliffe Vermount and out of the dam Trueman Acoustics, considered by Henry Savage to have been a great breeding cow for the Trueman Herd with great milking ability. Fantasia sold with her Telfers Munster-sired heifer calf Trueman Rosalie at foot and was purchased by Lloyd Baine, Wood Farm, Leicester.

Bridgeview Pearl also matched the joint best price of 3,500gns for George McCague, Newry, Co Down.  An April 2019 born heifer, Pearl is by Donnelly Hernando and out of the dam Ecume, a Full French cow. Described by her breeder as a ‘great maiden heifer carrying a lot of muscle,’ Pearl caught the eye of her purchasers early in the sale that evening and heads to  Henry Savage & Sons, Cullyhanna, Newry, Co Down.

Fetching 2,900gns was another maiden heifer from George McCague, Newry, Co Down. Bridgeview Polly, born January 2019 is by Ampertaine Elgin and out of the dam Bridgeview Mary who is by Roundhill Saturn. Bridgeview Polly was bought by Malachy McCourt.

Selling for 2,750gns was Newhillfarm Ozzy a homebred heifer brought out by M & J McPolin, Cabra, Newry, Co Down.  Born December 2018, Ozzy is by Mereside Lorenzo and out of the dam Newhillfarm Leah who is a daughter of Wilodge Tonka. Ozzy now has a new home with Leo Fearon, Newtown Road, Rostrevor. 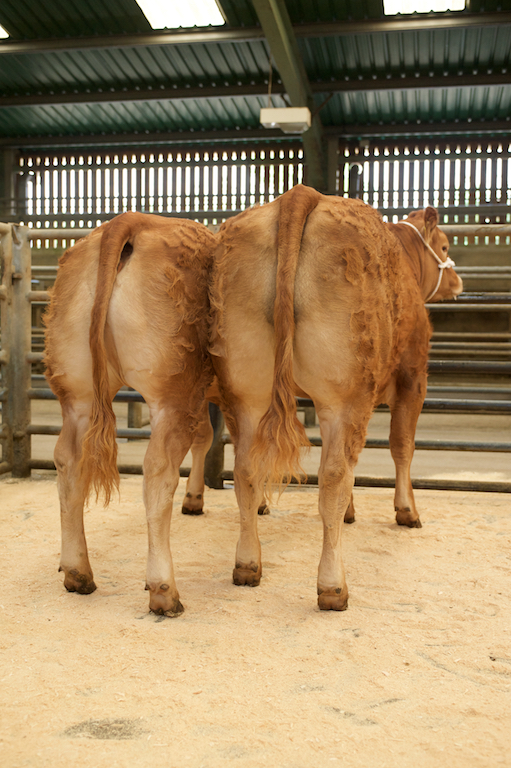 The Northern Ireland Limousin Cattle Club would like to thank the auctioneer at this sale Kevin Reavy and Hilltown Mart for the use of their facilities.