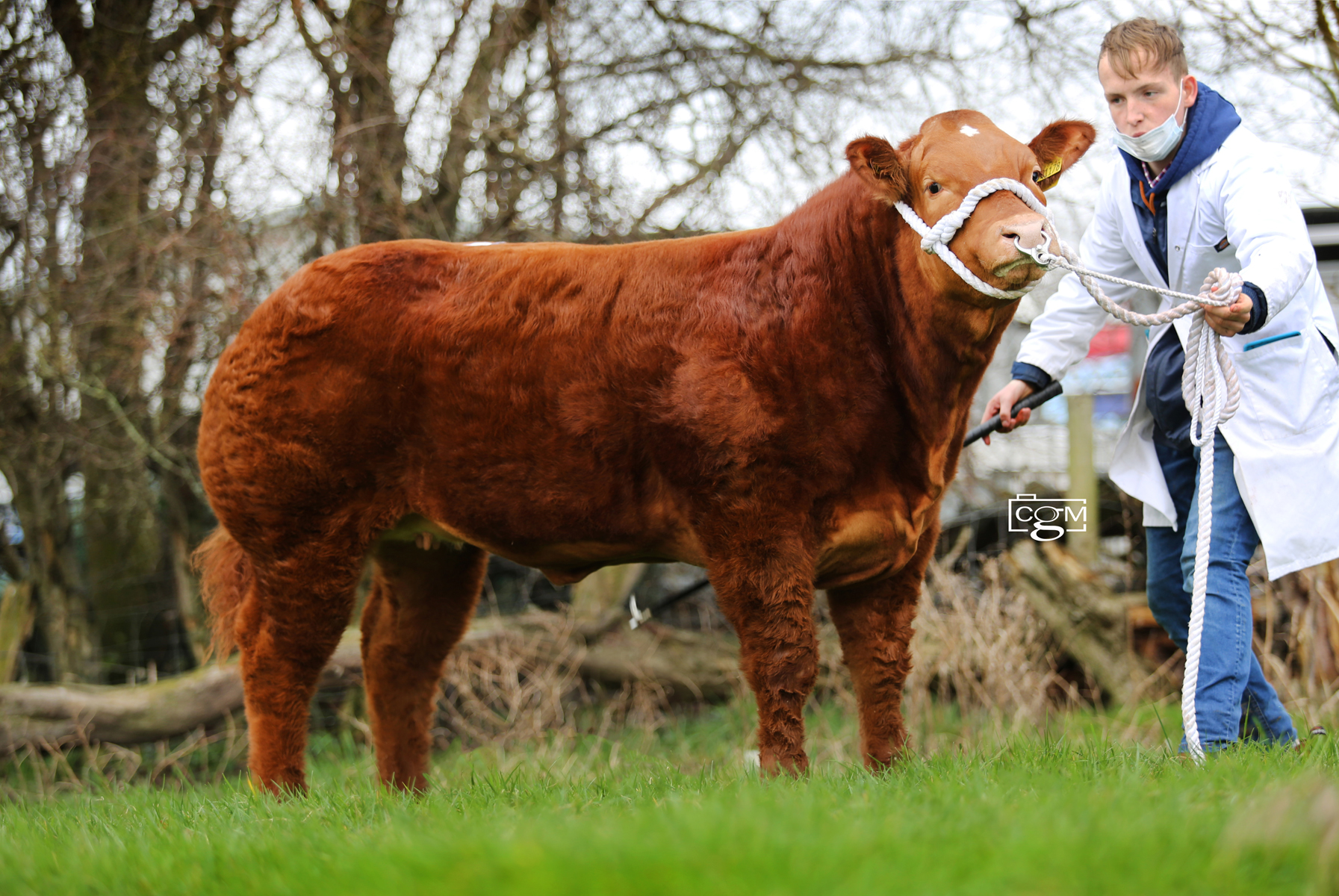 On Saturday 20th February, commercial cattle enthusiasts headed to North Wales for the season’s first crop of show potential calves to be offered for sale at Ruthin Livestock Market.

Despite a smaller offering of calves than usual, 9 steers and 19 heifers went under the hammer producing an average of £1980.87. Considering the challenges faced and the uncertainty with Covid and summer shows, the sale proved very successful.

Top price Limousin of the day was presented by Phil and Tracey Jones of the Tyisaf herd in Erwood, Builth Wells. Their Limousin cross heifer, Miss TikTok sold for £3700 to E and S Evans, Aberystwyth, Ceredigion. Miss Tiktok is sired by the herds Irish bred stock bull and sire of numerous calf show champions, Sheehills Jet.

Next up selling for £2850 was a Limousin cross heifer from Wendy Morgan, Llanafan, Builth Wells.  Sired by Mereside Lorenzo, this heifer now calls Brecon home with commercial showman Elfed Williams.

Regular Ruthin consignors, J M and A M Lewis, Llanwrda, Carmarthen, of the Cothi herd saw a top price of £2900 for their pen of six calves with their leader being Gossip Girl, a Limousin cross heifer by Bailea Spunkie out of a pedigree British Blue cow. This heifer heads over the border for further showing was James May, Bromsgrove, Worcestershire.

Next best from this pen with a call of £2750 was a British Blue cross heifer, Lockdown Lady, which sold to Phil and Sharon Sellers, Lincoln. This one is by the herd stock bull Dragon Blues Firefly.

The top priced steer also came from the Lewis family’s pen in the form of Gypsy King, another Limousin cross by Bailea Spunkie and this time out of a former show heifer that won her class at the Scottish Winter Fair and Agri Expo for Richard Wright. Taken home for £2100 was D Thomas, Lampeter.

The second highest priced steer at £1800 was The Iceman from Phil and Tracey Jones. Again, by the stock bull Sheehills Jet, he was knocked down to H Naylor and Son, Langley, Derby.