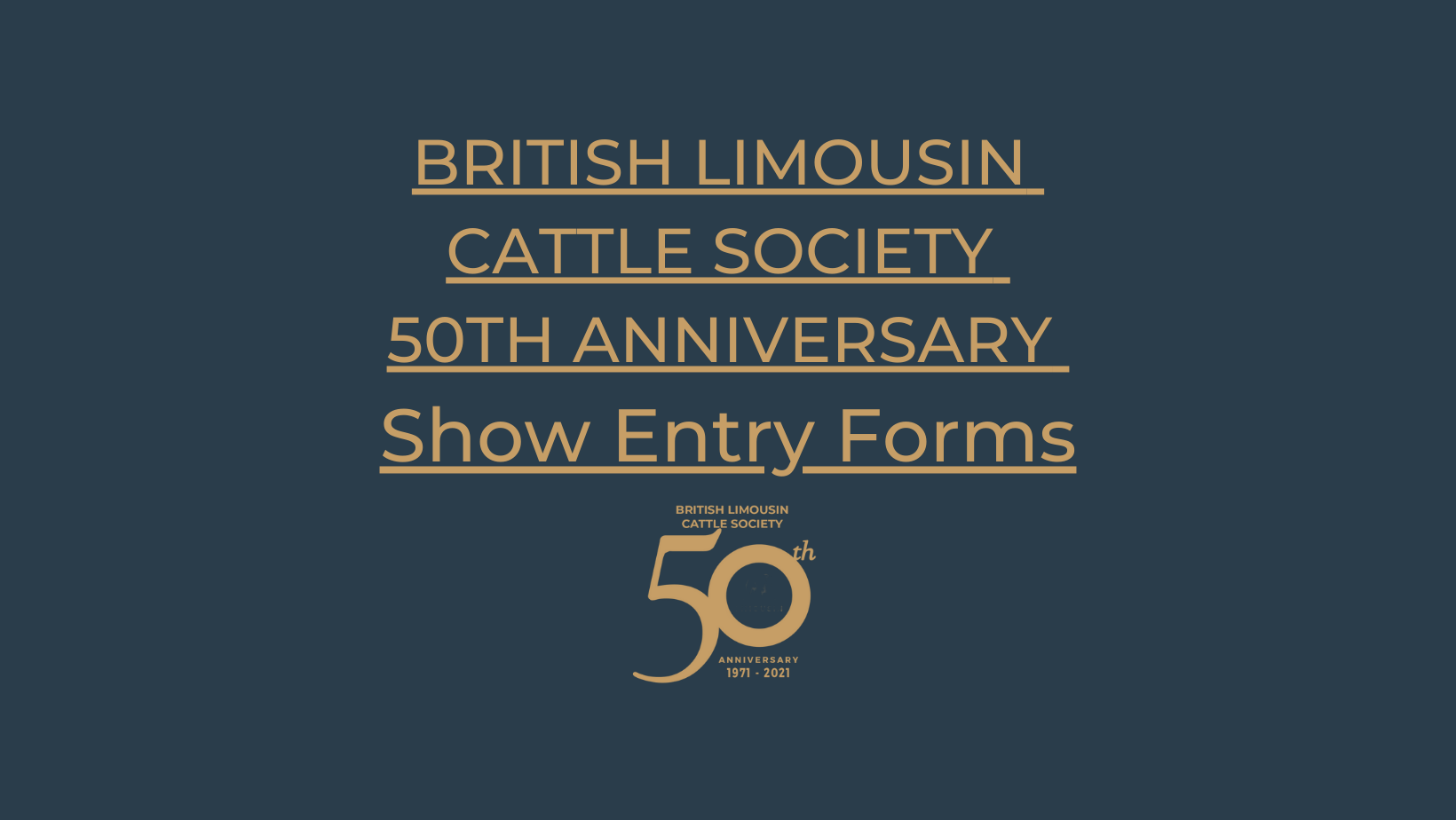 Celebrating 50 years of the Limousin breed in the UK, the Show Hall at Borderway will be centre stage for the commercial classes (Friday) followed by the pedigree classes (Saturday) with an array of international judges presiding. A special Anniversary Sale for pedigree animals will be held on the Friday. The Anniversary Weekend will also be a great social occasion with the opportunity to look round some tremendous cattle at Whinfellpark on the Thursday and enjoy what is offer in terms stock judging, trade stands and farm tours as part of a much-anticipated Open Day courtesy of Messrs Jenkinson.

You will find enclosed the Show Schedule & Entry Form for commercial and pedigree cattle respectively. With pedigree cattle penned by region, each Club will benefit from a free pen area to put up their own display stand – both these elements will form part of the Tidy Lines competition. A YLBC (Young Limousin Breeders Club) showmanship prize is also anticipated.

The Limousin breed continues to dominate and drive the British beef industry and as such the high-profile 50th Anniversary is sure to draw a large crowd and attract significant media interest.  So, take aim and get involved, it’s one not to be missed!

Closing date for entries is Friday 3rd June 2022.  Please note entry forms will be posted out and will also be made available on-line.

*Note, £20 per entry will be refunded if the animal is shown

Thurs 9.30am onwards arrival of stock; all cattle to have arrived by 4pm

Please note, no cattle to leave the mart until the conclusion of the championship judging on the Saturday

Sunday 10am – latest cattle can depart