The Chairman and Secretary, John Reynolds and Karen Whiting, continued in the same roles for 2009, along with Roger Brown as Treasurer to the South East Limousin Cattle Club. We started the year off with a successful AGM, held at the ‘Old Eden’ in Edenbridge, with our 10 committee members and a few other loyal members!

The SELCC usual herd competitions in 2009 went ahead with the Pedigree Limousin Herd Competition and, for the sixth consecutive year, our successful Commercial Herd Competition, which attracts a wide range of entries from within the South East area. Entry numbers are up year on year, and we would welcome any interested herds for 2010.

The Pedigree Competition was kindly judged this year by Paul Tippetts and, with the help of Christine (Lodge Hill Farm, Shifnal) as navigator they covered our ten herds very efficiently. This year we saw the first entry from Simon Harrow (Waterfield Herd) which the Chairman, John Reynolds, was extremely pleased to see, as the SELCC encourages new entries each year. Simon won 2nd place in the small herd class.

The overall winning herd in 2009 receiving the Chris Lomas Memorial Plate was Buriton Estates with Reserve Overall Herd going to Mr Brian Baker (Wealden Limousin) and Mrs Davis (Gotham Limousin) jointly. Commenting on his selection, the judge said ”The herds I placed champion and reserve are quite simply ‘my type of cattle’; the females are strong and impressive, but retain their femininity producing quality young stock, both with the females and the bulls of a sellable commodity.”.

The venue for the 2009 Herd Competition Awards Evening in October was Stratton Farms near Reading where we had a farm walk and BBQ for the members. We enjoyed a tractor ride around some amazing cattle and scenery, along with some scrumptious food afterwards! All who attended were very pleased with the afternoon and our thanks go to all at Stratton Farms who organised this great day.

This year the Commercial Competition was judged by Kevin Ludgate who enjoyed two days in the South East sunshine. The overall winning herd was from Mr & Mrs John Lampshire of Castle Farm, Hertfield, who also won the Best Heifer class this year. The reserve herd went to Mr Ralph Dickson, Steyning. Both of these herds had some great attributes and Kevin felt that they are producing some excellent calves on the systems used.

The show season went well for the South East this year, with various members gaining rosettes at the Southern shows. The South of England Show saw Buriton Estates take the Overall Reserve Champion spot with their cow Miscombe Volande, and Reserve Junior Championship went to Dee Julian with her Limousin heifer, Hannem Diamante. At the Kent County Show, the Limousin team took the Double Day trophy for the fourth year running.

At the time of writing this, the 2009 winter shows are in full swing – Sarah and Jason Wareham having a successful South of England Primestock show with a Limousin Cross Heifer taking the championship.

Thank you to all the herds that took part in the competitions and we look forward to your entries in 2010. The South East Limousin Cattle Club would also like to say a big thank you to all the members and the committee for all their hard work during the year, and we hope that you all have a successful 2010!

NEXT ROUND OF SALES OPEN FOR ENTRIES ON-LINE 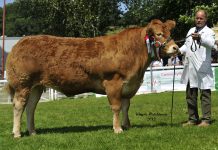 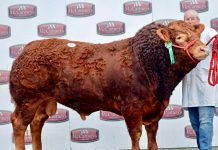 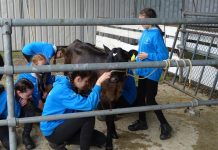 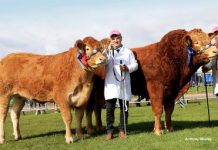