Details of the winning herds in the regional finals of the 2011 National Limousin Pedigree Herd Competition have now been announced by the British Limousin Cattle Society (BLCS).  The National Limousin Pedigree Herd Competition is a one-off unique event and is being held as part of the British Limousin Cattle Society’s 40th Anniversary promotional programme. Supported and sponsored by Pfizer Animal Health, this new event is an extension of the coveted annual herd competitions held annually within the nine Limousin regions around theUnited Kingdom.

The regional competitions, open to all pedigree Limousin herds in the respective areas, saw the appointed judge in each region put forward an overall winning herd.   With regional judging completed through August, the nine winning herds are now going head-to-head in a National Final judge-off to determine the 2011 National Limousin Pedigree Herd Overall Champion.  Currently moving around the UK and judging the National Final is noted breeder, and current Hon BLCS President, Mr Sam Coleman of Glarryford, Ballymena,N. Ireland.

When the final judging is completed, the Overall Winner of the 2011 National Limousin Pedigree Herd Competition will be announced, by Mr Coleman, at a dinner being hosted by the British Limousin Cattle Society and Pfizer Animal Health in Carlisle on Friday 14th October.  The dinner, at the Shepherd’sInn, Borderway Mart, is being held on the evening prior to the Society’s 2011 October Bull Sale at Carlisle. 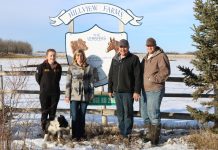 AMY LINDSAY REPORTS ON HER BLCS FUNDED TRIP TO CANADA – “AN OPPORTUNITY OF A LIFETIME!” 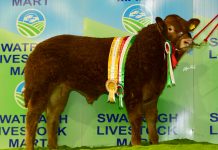 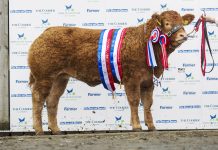 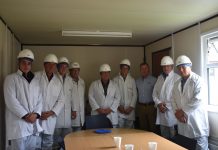 HANDS ON FOR COMMERCIAL LIMOUSIN PRODUCERS AT ‘FARM TO FORK’ EVENT 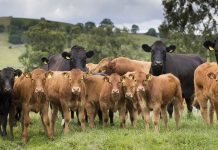