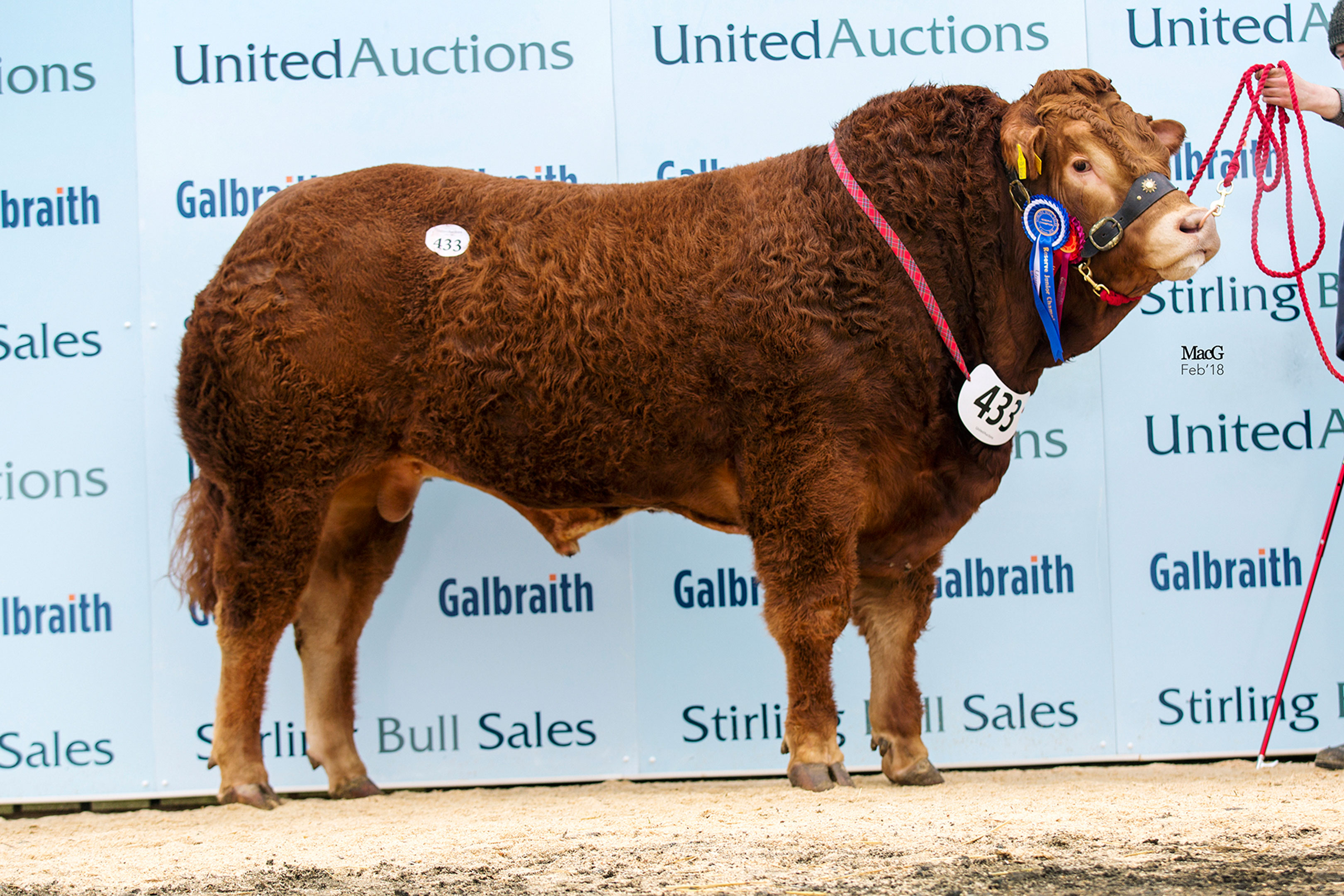 Strong and steadfast demand highlighted the sale of Limousin bulls held at United Auctions Stirling market on Monday 5th February. The opening major British Limousin Cattle Society sale of the year saw some competitive bidding by the ring with averages well up on the year. One Northern Ireland breeder who made the trip over to Stirling with bulls to sell didn’t leave empty-handed.

Messrs J & S Allen of Victoria Bridge, Stranbane, Co Tyrone sold two bulls from their Derg Limousin herd. First up for them was Derg Master, July 2016 born, he is one of the first calves by their stock bull, the Ampertaine Elgin son, Trueman Impressario and out of Derg Avon. The Allen’s purchased Trueman Impressario, a full brother to the 17,000gns Trueman Idol, privately from H Savage & Sons. Having been placed as Reserve Junior Champion in the pre-sale show by Judge Ian Nimmo of the Maraiscote herd, Wishaw, he was bound to attract some attention when he came into the ring. Master was eventually knocked down at 8,200gns to W J Jack & Sons, Woodend, Muir of Ord for their Winewells Limousin herd.

Next in the catalogue was Derg Major, another July 2016 born Trueman Impressario son but this time out of Derg Hiace. He sold at 4,000gns to Alan Doig, East Buchanty, Perthshire.

The Derg Herd was established in 1976 by John Allen and his daughter Samantha who now runs the herd with her cousin Allen Shortt. They currently have 12 breeding females.