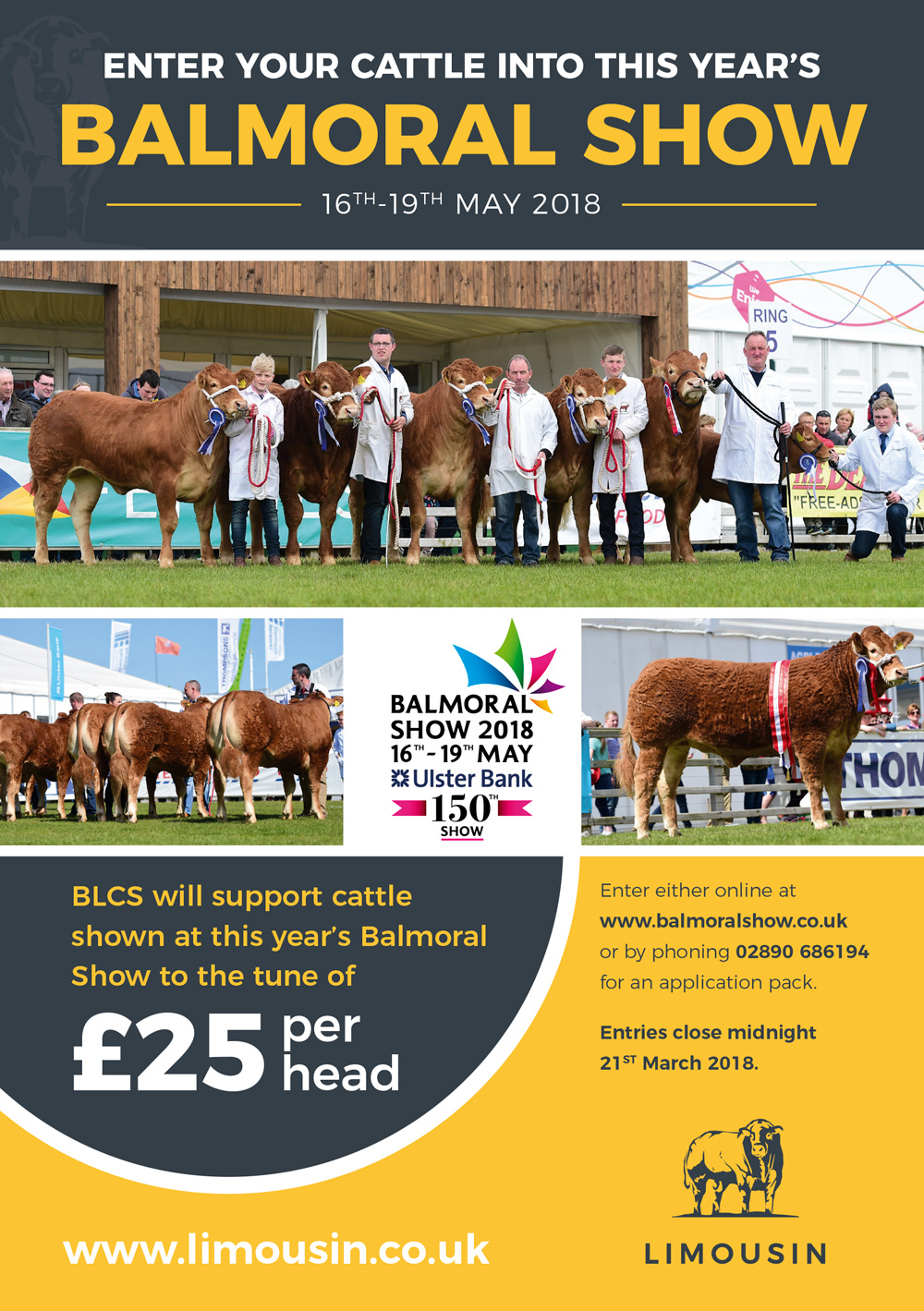 The Royal Ulster Agricultural Society (RUAS) Balmoral Show takes place between 16-19 May this year. Returning to Balmoral Park, it promises to be the largest show to date as the RUAS hosts the landmark 150th anniversary event.

In line with this celebration, the British Limousin Cattle Society Council of Management is offering its member’s £25 support to each animal entered and exhibited on the day. This is a momentous anniversary event and as such it is hoped that the incentive helps to draw out a strong cohort of Limousin entries. In addition, the Northern Ireland Limousin Cattle Club has secured additional sponsorship from Norbrook Laboratories in the shape of a £25 voucher for each Limousin exhibit shown on the day.

The countdown to the event has officially started and the show looks set to build upon the success of last year. BLCS Chief Executive Iain Kerr said “Agricultural shows play a fundamental role in the promotion of the wider agri-food industry, in a large part helping to connect consumers with food production and farming communities. The Balmoral Show is a fantastic showcase for the Limousin breed, which has a very strong presence in Northern Ireland, the Society is delighted to offer a token of support to our members at this milestone event”

Entries are open now and can be made online at balmoralshow.co.uk, or an application pack can be obtained by calling 02890 686194. 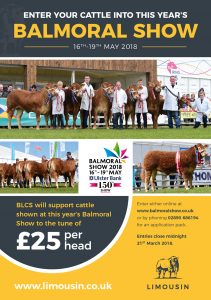