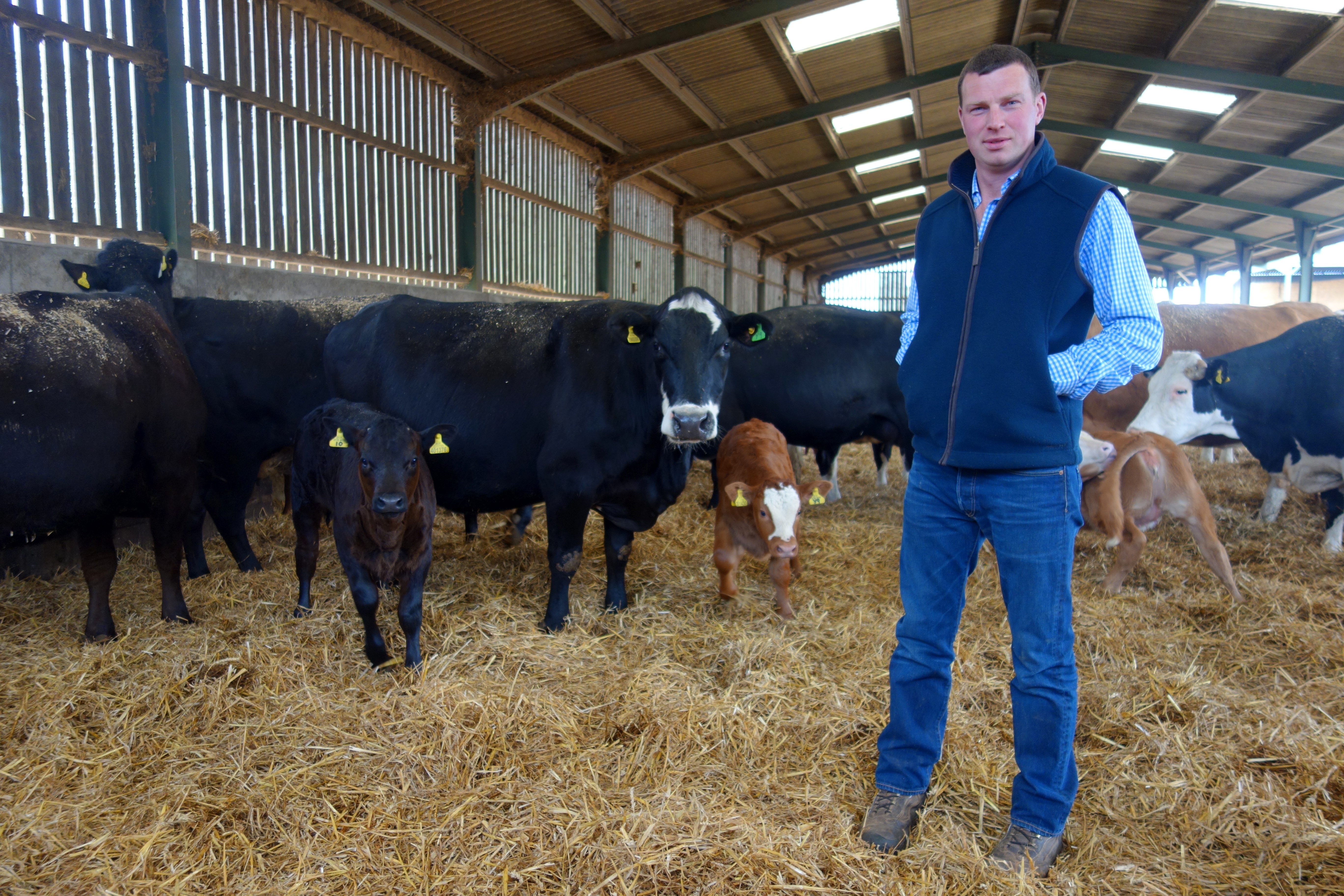 One Norfolk beef producer’s decision to change breeding policy and use pedigree Limousin bulls on his commercial sucker herd has benefitted everyone along the supply chain, as Aly Balsom reports.

Now four years into the breeding strategy and the improvements in store cattle quality are clear to see in the sheds at White House Farm, Catfield, Norfolk.

Peter comments: “Since the Limousins we’ve got better growth, better carcass conformation, no change in temperament and it’s easier to get the finish and fat covering on them, especially heifers. We’re definitely producing a more shapely calf. You see the shape appearing in the calf a lot earlier on.”

This improved growth has also been noted by local finisher, Roger Balls. Roger purchases bulls from Peter from eight months of age weighing around 420kg and heifers at 11-12 months old at around 400kg. He then takes them through to finish, with carcasses generally grading R and U and bulls averaging 380-420kg DW.

He says Peter’s change in breeding policy has resulted in better carcass quality and means he is able to produce “a good butchers animal” to meet buyer requirements.

He adds: “The Limousins have got to be finishing quicker than the Blondes. That reduces my costs and increases my throughput.”

In the early days of introducing the Limousin, Peter used to finish cattle himself and weigh regularly. He recorded average growth rates of 1.8kg/day from weaning to finishing with some peaking at 2kg/day and believes cattle are still likely to be achieving similar performance. The Blondes achieved 1.6kg/day.

The Limousin blood also creates flexibility in marketing as both parties know calves would command good interest at live market and castrated males would still produce a quality carcass.

Peter is also taking advantage of the Limousin heifer’s ability to do well off forage as a means of staggering when animals are ready to move onto the finishing unit. This helps cash flow, reduces his costs and means heifers are ready when Roger has space in his shed when his own sucklers go out to grass.

Peter’s 140 cow sucker herd calves from mid February to April with cows and calves heading out to marshland on the Norfolk Broads around the end of April.  All Simmental replacements are sourced from one breeder and are picked on looks, rather than EBVs. Peter opts for a solid suckler “with a bit of shape.”

Bulls and heifer calves are split at grass and receive creep at the end of the summer. White House Farm includes 400 acres of predominately arable land with Peter also contract farming an additional 1,600 acres. The beef run over 250 acres of grassland including owned and rented blocks.

Bull calves are housed at weaning in October/November and receive straw and the same ad lib, cereal based 16% pellet they receive at grass. The first bulls will then move to the finisher unit in groups around Christmas.

At weaning, heifers move onto a grass silage ration with some wheat distillers and minerals and remain on this throughout the winter. They then head to Roger’s from the end of April to May.

The fact heifers also have the ability to finish quicker also creates added options. Peter explains: “If I store them and then suddenly realise i’ve got to finish them hard and fast I can do and they’ll respond to it.”

Growth rate EBVs are some of the main criteria Peter looks at when choosing Limousin stock bulls – along with calving ease. All of his bulls are sourced from Ben and Eric Cole’s high health status Blacksands herd at Winfarthing, Norfolk (see box). Every year Peter carefully constructs a crib sheet including his current stock bulls and bulls he’s interested in buying and ranks animals according to his preferred EBVs. This means he has an idea of which bulls he’ll be interested in before selection day.

“Figures aren’t the be-all-and-end-all but they’re a very good guide as to what you’re getting,” explains Peter.

Body weight and calving ease are his top two criteria, followed by 200 day and 400 day growth and Beef Value. Docility and 200 day milk are also considered.

He recognises that growth figures often compromise calving ease and visa versa so he opts for a good balance across the five Limousin stock bulls he keeps on farm (see table).

With Peter doing much of the beef work single handily and the arable side of the business taking up much of his time, calving ease is of particular importance – especially when breeding from heifers.

“I need a cow to calve on its own, unassisted and the calf to get up and feed. I don’t want to be pulling every calf…The aim is to produce a reasonable sized calf which is born quickly and up on its feet feeding in minutes and then away and growing fast. That’s what I’m getting with the Lims,” he says.

Peter says buying from one known source, with high health status and good breeding figures also appeals. All Blacksands bulls are semen tested and guaranteed for a season, with Peter investing about £3,000-£4,000 per bull.

Peter adds: “I knew Ben had good bulls with good pedigree and breeding and bulls on paper with sensible figures. He’s quite progressive. He buys in good blood and uses a bit of AI and some French blood. I’d describe the bulls as good, honest, commercial bulls,” he explains.

When assessing bulls by eye, Peter then looks for a good stretch of loin and a square back-end with meat down the legs as far as possible. Locomotion is also ranked highly as bulls have to serve cows on the marshland.

Peter concludes: “It’s definitely worth investing in the right bulls by doing a bit of research prior to or at the time of purchase. It’s worth spending money on good commercial type bulls.”

The Blacksands herd of 35 pedigree Limousin females was established in 2004 by ex-dairy farmers Ben and Eric Cole from Banham Hall, Norwich, Norfolk.

“We aim to produce good quality, long lasting bulls for a local market. We have seen an increase in demand for Limousin bulls in East Anglia and we now don’t have to advertise,” says Ben, who aims to sell about 10 breeding males a year, the majority of which are now through repeat business.

When sourcing sires themselves, the Coles look for good muscle conformation, good legs and feet, longevity and maternal traits, with most bulls imported from France. They aim to use bulls with EBVs in the top 1% for 200 day and 400 day growth.

The French bull, Artiste has formed the basis of the existing herd. He is by Rongeur and out of Sentinelle. Blood from the Haltcliffe herd has also been introduced for growth and confirmation. Haltcliffe Friar has been the herd’s main stock bull in recent years. He is by Cloughhead Umpire and out of Haltcliffe Veronica. 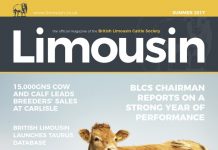