Cumbrian farmer, Andrew Harrison is in the business of selling store cattle from his suckler herd, and he reckons the Limousin is a good choice when it comes to producing quality 8-10 month calves. His animals regularly top the local sale at Carlisle, with prices averaging £600 for steers and £570 for heifers in recent months. 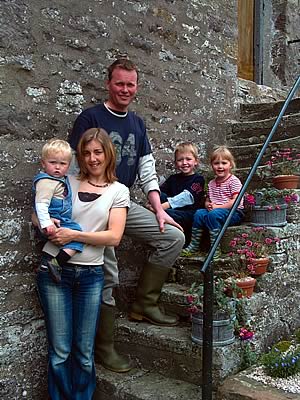 Andrew and his wife, Fiona moved to Grange Hall, Great Asby in 2002, after leaving the family farming partnership to set up on their own. Since their arrival, two new cattle sheds have been erected to house the 105 mainly Limousin suckler cows and their offspring over the winter.

The 408-acre farm, which has some fell rights, also carries 500 Texel cross ewes. The flock is put to a Texel or Beltex tup to produce butcher’s lambs.

With land reaching to 1,100 feet above sea-level and the entire farm classified as Severely Disadvantaged Area, Andrew says he needs a cow that is both hardy and easy to manage.
“That is why I have chosen the Limousin to sire 50% of my herd,” he stresses. “It is ideal for hill situations, yet the females will consistently produce a high-quality calf that attracts the eye of the bidders.
“The breed is also easy to handle, and I like the fact that the cows give birth to small calves, which get on their feet quickly and go on to develop excellent conformation when they are older.”

Andrew’s interest in pedigree breeding has escalated since he started farming in his own right, and he now has 15 cows registered under the ‘Noble’ prefix. Cattle performance is not routinely recorded and when he goes out to buy a stock bull, he usually chooses the animal which has the best visual appearance within his price range.
“I look for a long, clean-bellied bull, thickset and with a good back end, good legs and a bit of style. In my opinion, that is the type that will sire hard-fleshed calves with natural muscling. They suit the requirements of the market,” says Andrew. 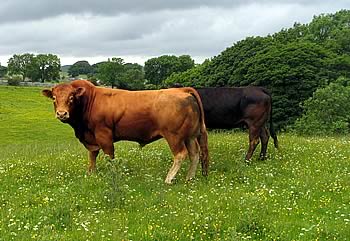 Andrew has obviously been successful in selecting his bulls so far, because a number of his calves have gone on to command high prices and win prizes after leaving the farm. The Limousin bull, Raysonhall Pendragon in particular has produced some good calves following a private purchase from David Hill of Ousby, Penrith in 2002.

Since the Harrisons moved into Grange Hall, a total of eight calves have topped the £1,000-mark, and Andrew was also delighted when bidding for his home-bred Limousin bull, Noble Viscount reached 3,250 guineas at Carlisle sales this year.

Managing the farm with only one full-time worker means Andrew has precious little time for hobbies. But the prospect of discovering a potential show winner among a fresh batch of calves brings its own rewards, he says. 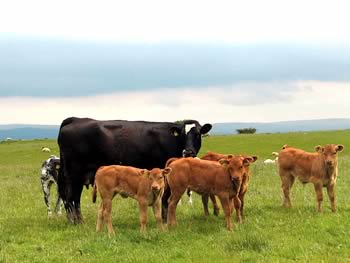 Back in 2004, one of the Grange Hall steers took the red ribbon in the intermediate class at the BLCS International Limousin Congress in Edinburgh. It had been purchased for £1,700 and was shown by the Macphersons. More recent achievements include a Limousin steer which took the overall championship at the Breed Society fatstock show in Carlisle.
“It is nice to produce a show-quality animal now and then,” he comments. “As well as helping to lift the overall price average, having a prize-winner also gives me great job satisfaction.
“There is not enough time for me to show cattle myself, but I am always on the look out for a potentially prize-winning heifer or steer that will make an impression on the judges,” he adds. “When I hear that the quality of my homebred stock has been recognised in the showring, it gives me a real buzz.”

The herd comprises around 85 spring calvers, with a further 20 calving in the autumn.
“I used to try and calve at the same time as lambing, but I have moved the spring calvers to May and June to spread the workload,” he explains.
“The later calving time means the calves are ready to sell at a time when the store trade is brisk, which is an additional bonus.”

The spring calves are born inside and turned out soon after calving. The farm’s policy does not include routine vaccination, but last year a small number of calves contracted pneumonia. Therefore Andrew is considering whether to vaccinate the youngstock against the disease this winter. 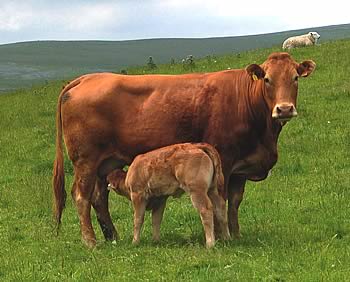 The cattle are set-stocked over the summer, with 100 acres of grass cut for first silage and another 20 acres made into hay.
“Last year, I ran out of silage and had to buy in a few bales to tide me over until turnout,” he admits. “There are 200 cattle to feed over the winter, as well as all the sheep, so a poor grass-growing season can have a serious knock-on effect.
“When I learned that the Single Farm Payment was coming, I carried out a feed cost review, to see if there was any way of saving money on inputs. In 2005, I replaced half the ration of bought-in feed with whole barley that I crushed myself at home.
“The idea worked effectively, because the blend cost almost £140/t and the barley was only £65/t. The cattle performed just as well on their new diet, and I will probably do the same again this time.”

Despite the success of his change of feeding regime, Andrew stresses that the opportunities for saving money on a farm like Grange Hall are limited.
“My instinctive reaction is to raise the quality of the cattle all the time, so they achieve better prices. There can be a difference of up to £200 between the price paid for a good quality store animal and a poor one – and they both cost the same amount to keep.
“I have kept some home-bred heifers this year, because I don’t feel that the traditional crossbred sucklers from the dairy herd are up to today’s standards. My aim is to have a pure or three-quarter-bred Limousin herd, because that breeding tends to produce a more even batch of calves,” he says.

The Harrisons have three children – Matthew, Alice and baby Tom. While Andrew continues to strive to produce the best cattle he possibly can – with the help of the Limousin, of course – he is laying a firm foundation for the farm’s future.