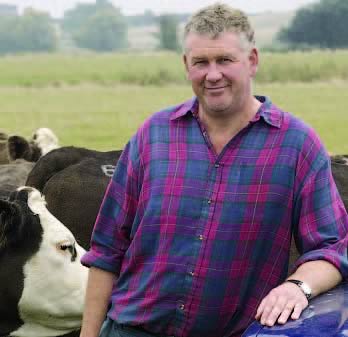 Adding value to beef by providing exactly what the customer wants is a must for winner of the South East Region Limousin Suckler Herd Competition.

Providing exactly what the customer wants is a phrase that regularly comes out of Tim Piper’s mouth, and it’s fair to say that’s exactly what he does do. Having taken the decision three years ago to set up an on-farm processing plant, the Wittersham, Kent-based suckled calf producer has reached full processing capacity well ahead of schedule. “It all came off the back of foot-and-mouth where during movement restrictions I had to sell finished stock deadweight and I was sick of seeing the odd heavier bullock in a batch severely penalised for being overweight or too fat.”

So the decision to refurbish an old farm building into a butchery was taken. “We grew quite rapidly from employing a part time butcher to process one bullock, one and a half pigs and three lambs to struggling to cope with local demand.”

As demand grew Tim began looking into DEFRA grants to help subsidise a new processing plant, but settled on using second hand supermarket chiller equipment and cutting equipment from a neighbouring farmer who had ceased processing.

So his plan to supply customers direct soon grew from providing a side of beef a week for a local restaurant, to now having a string of customers including local schools, pubs, restaurants and hotels, as well as the farm’s own shop which makes up to £4000 a month. “It’s simply spread by word of mouth and we have now got to the stage where store cattle have to be brought in to supplement finished stock from the 250-cow suckler herd.”
But for this to work, Tim is adamant the farm must stock exactly what the customer wants in terms of breed and age of finished animal. Originally, the herd consisted of Simmental cross Friesians, but with too much Holstein influence these days, Tim has moved considerably further away from that cross. Cows are mainly Continental crosses with a few Sussex and Devon cows as well, running with either a Limousin or Blonde D’Aquitaine bull. “I have a passion for a Blonde and my stock manager, Michael Keeley, loves a Limousin, so running seven of each means we’re both happy!”

But he admits the two breeds work well, providing a well grown, easy fleshing carcass which kills out at 280-360kg deadweight and grades R4L to a U grade. “We also run the Limousin on the native cross cows as this provides a small, neat carcass for the local butchering trade,” he explains.

Most of the Limousin stock bulls are bought privately off farm, as Tim prefers to buy cattle in their working clothes. “Too much emphasis is put on pushing these bulls to maximise 400-day growth rates, but I’ve seen too many ruined too early on. They simply go off their legs when you bring them home.” So, most new herd sires are bought locally from either Brian Baker’s Wealden herd or Sue and Tim Watson’s Thorndean herd, both in East Sussex.

So, when it comes to bull selection, Tim is adamant he wants stretch, power, good locomotion and easy calving characteristics. “We run a tight calving pattern of ten weeks, so these bulls have to be in the right correction to work straight away.”

Bull calves are steered and finished along with heifer calves for the plant. “Because we have such a high demand for all cuts of meat I prefer to slaughter all my heifers and buy in replacements in batches off farm when required.”

Finished diets consist of maize silage, rolled wheat, rape meal, yeast and minerals, fed through a Keenan mixer wagon. “We are also looking at alternative cheaper methods of feeding protein, such as peas and beans, but have yet to switch,” he adds.

Tim reckons the key to a good diet is quality maize silage as prime cattle flesh well on it and it provides the exact fat cover. “Most of the Continental cross prime cattle are ready for slaughter at 14 months onwards, but we also have a steady stream of cattle coming forward from the native crosses, which help supplement numbers throughout the year.”

And although there is probably a market out there for grass finished stock, Tim hasn’t gone down that route yet, as he says there is more control over the finishing process using the mixer wagon. Creep feeding calves as early as possible gives cattle a huge advantage in terms of quick and efficient finishing.

Looking to the future, Tim says there is still scope to expand the processing side of the business, but whether that will involve increasing the breeding herd or buying in extra stores he is still unsure. “I plan to set up a website to provide even more assurance regarding traceability for my customers and may even expand by offering a boxed beef option.”

This idea has already been trialled with great success and may be something to think about for Christmas. “Last year we marketed Kentish hampers for the first time which worked well and plan to offer similar again with a basic, middle and luxury range available,” he adds.

Feeling confident about the current state of the beef industry, Tim also plans to expand the processing side of the business as well. “With removal of subsidies, relaxation of over 30-month beef back into the food chain and opportunities for exporting beef, we have never been better placed.” Although when it comes to topping up finished cattle numbers, store cattle prices might have to come down a tad, he jokes!